You are here: Home > See and Do > Stac Dhomhnuill Chaim 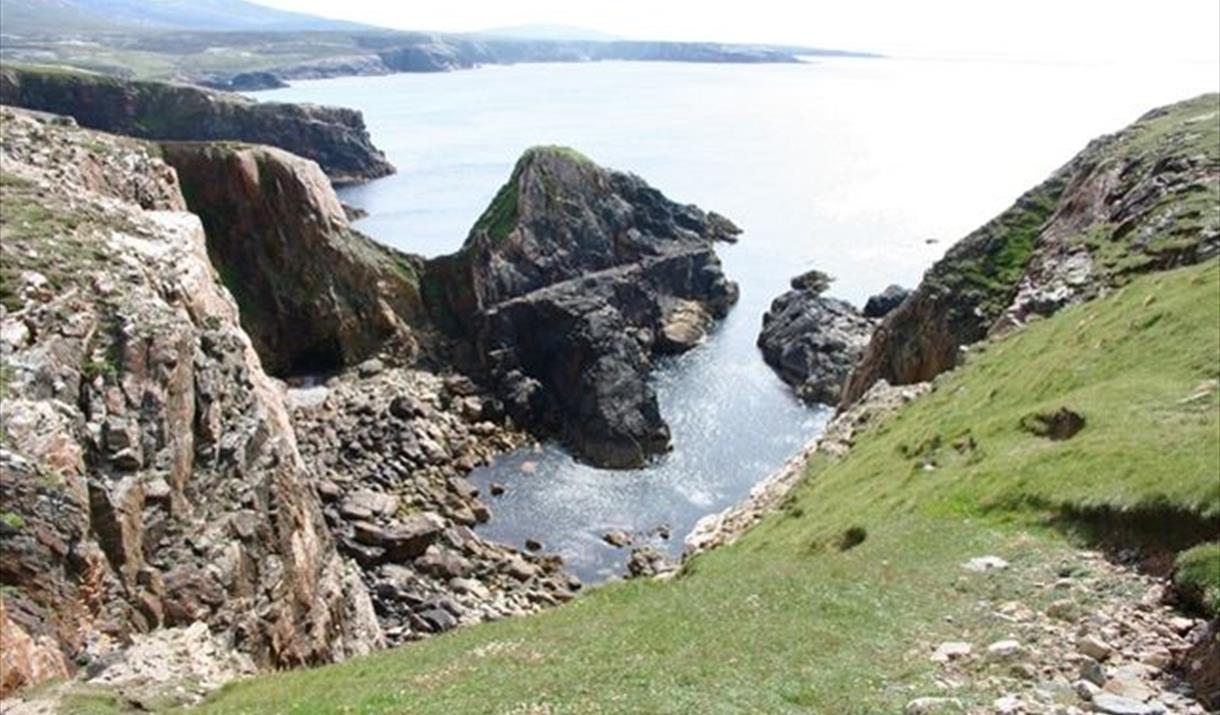 Oral tradition tells that it was once a hideout and fortress for the well-known outlaw and hero, Dhomhnuill Chaim MaCaulay who lived in the late 16th/early 17th centuries. It is a dramatically shaped stack, nearly 50m high, but only 20m in diameter on top, and is joined to the mainland via a 60m long knife-edge or spine of rock, which was originally passable as a small path - Donald's sister "Big Anne" is said to have carried large vessels of milk across this path for Donald when he was in residence. A similar refuge is said to have been used by Neil MacLeod, a friend and ally of Donalds, over on the island of Berisay.

In 1890 Captain F. W. L. Thomas:Stac described it as "quite inaccessible, except on the land side, where a narrow path leads up the steep brae. A wall, from 4 to 5 feet thick, defends it on the land side, in which, at the south end, there is a gap or gateway, 2 feet wide. The gate would be extremely dangerous to force, as the cliff is close in front of it. There are the ruins of a cottage, 18.5 by 10 feet interiorly, and the walls 4.5 feet thick, on the terre pleine of the rock, as also a sheep-pen attached to the wall."

Today the narrow path across the isthmus has all but gone, but the buildings can be seen clearly from the adjacent cliffs.

In 2006, a local descendant of Dhomhnuill Chaim visited the site in conjunction with the STAC (Severe Terrain Archaeological Campaign), and found a large piece of pottery, which has since been identified as early pre-historic, possibly Neolithic.