You are here: Home > See and Do > Dun an Sticer 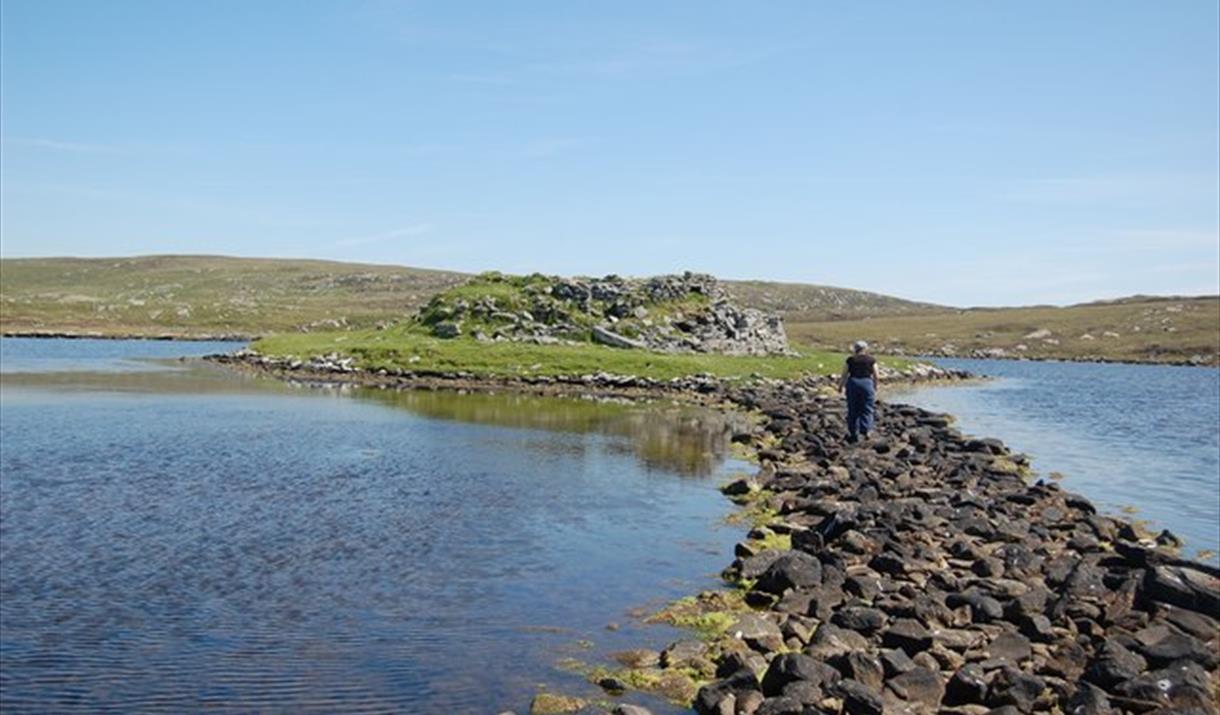 Sometime between 2,000 and 2,500 years ago, a great circular drystone tower house was built, which functioned as a well-defended family residence, and as a conspicuous demonstration of power. The walls were 3.5 metres thick walls, within which were chambers and galleries, but the only opening to the outside world was a single small doorway. The causeways were narrower than they are today, and may have included a "rocking stone", which could alert the occupants of the broch to the approach of unwelcome visitors.

Between the 9th and 13th centuries AD the Outer Hebrides were under the overlordship of the Norsemen, who abandoned the old centres of power in favour of new sites. By the 16th century, however, Dun an Sticir had again become the centre of an important lordship. A new hall was built inside and around the old broch, and the larger middle island, the "Island of Bad Council" also contained at least one substantial building. This echoes Finlaggan on Islay, where the Lords of the Isles held council. In 1601 Dun an Sticir was the scene of dramatic events in when Hugh Macdonald was seized by his enemies and taken to his death in Skye.

This site has never been investigated: many details of the above reconstruction of the hall and other buildings, such as roofing material, are therefore conjectural.

The outer islet has been used as a secure stronghold since prehistoric times. During the Iron Age, more than 2,000 years ago, a massive galleried dun or broch was built, which would have been occupied by the local tribal chieftain. In the turbulent later Middle Ages a rectangular hall was inserted into the pre-existing circular dun, and the islands once again served as the residence and refuge of the local magnates.