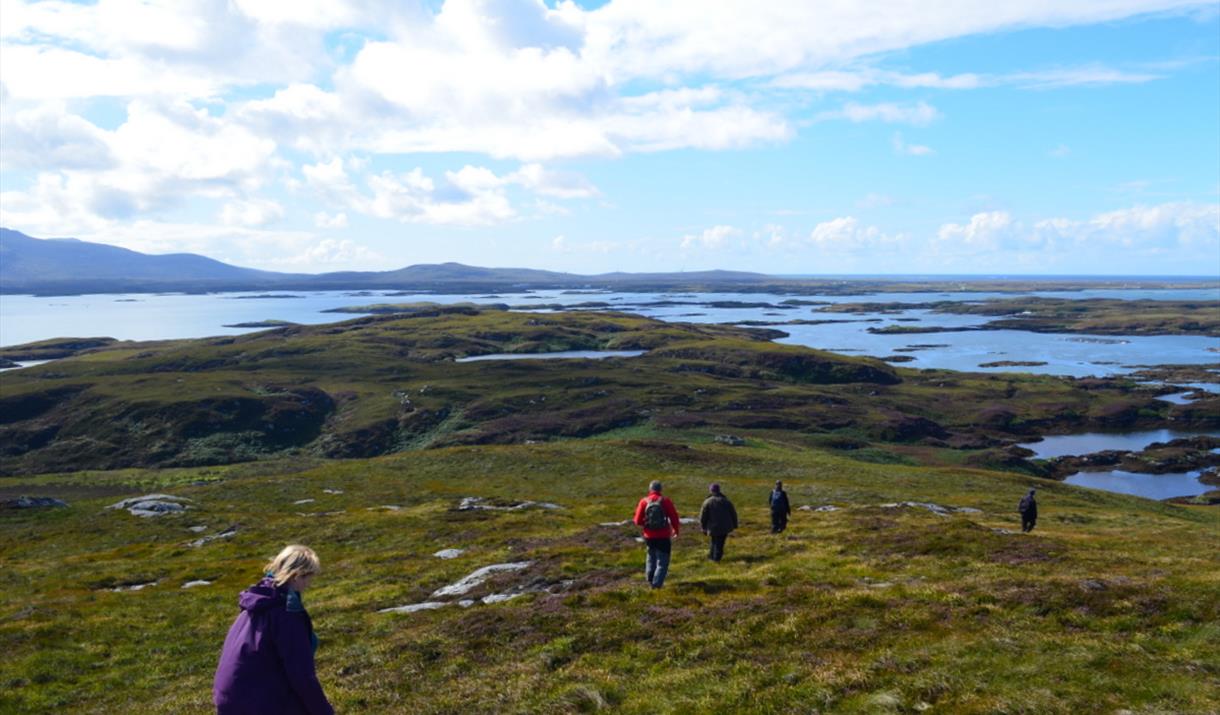 "Neil fearing the fickleness and the inconstancy of the common people, who might perhaps be perverted from their fidelity to discover him to his enemies, in hopes of a great reward, did not think proper to stay there any longer; whereupon, having got into their boat, which they always had nigh them, they set out about eleven o'clock at night, without acquainting anybody of their design, except those who were partakers of it, and took the retreat towards Benbecula, and landed about break of day in  Wiay, a deserted island, about three miles from Rossinish, where they skulked for eight days.

While he stayed upon the island he went about the shore once or twice a day, to see if he could find out which was the most commodious hole or cave for hiding him in case some of the men of war that kept the channel still came to land any men. There he had occasion to see the Lady Clanranald, who came from Rossinish to have the honour of seeing him before he left the country, and carried along with her to him some of what necessaries he wanted: he received her very kindly, made much of her, and thanked her for her generosity, telling her next day at parting that he would not forget soon what kindness he met with in the country. They had plenty of bread and other meats during their retreat in that Patmos, but before the eight days was expired they were obliged to leave the hole to another party of the MacLeods who landed upon the island from Skye."

* 6th June 1746. Fearing the Prince's discovery by his enemies after being a few weeks in Glen Corrodale, Neil takes the Prince to the small island of Wiay, off Benbecula.