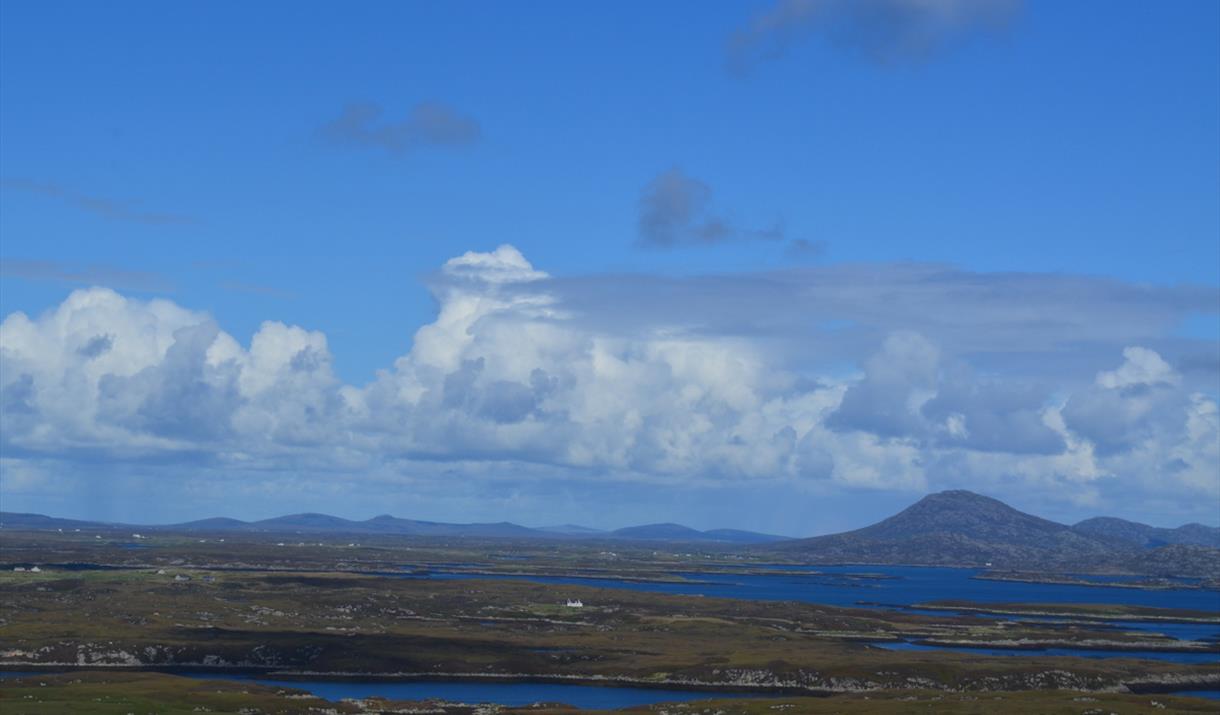 "After he had sufficiently refreshed himself for some days, it was thought dangerous to make any longer stay at Rossinish, because being a place much frequented by boats from the neighbouring country, they would be soon discovered; for this reason, he was conducted from thence to Rareness, about three miles from Rossinish, where he had the conveniency of a little hut of a house that was in the place, the entry of which was so very narrow, that he was forced to fall upon his knees, and creep in upon his belly, as often as he entered. This habitation not pleasing him, he begged of Clanranald to send him into some Christian place wherein he could have more room, and use more freedom and ease, for in that monstrous hole he could never have satisfaction, which he said the devil had left because he had not room enough in it."

There is an interesting walk around Rarnish, roughly about 2 miles there and back. Click here for the route.

* 11th May 1746. Returning from a failed escape bid from Stornoway the Prince hides in a miserable little hut in Rarnish, Benbecula.