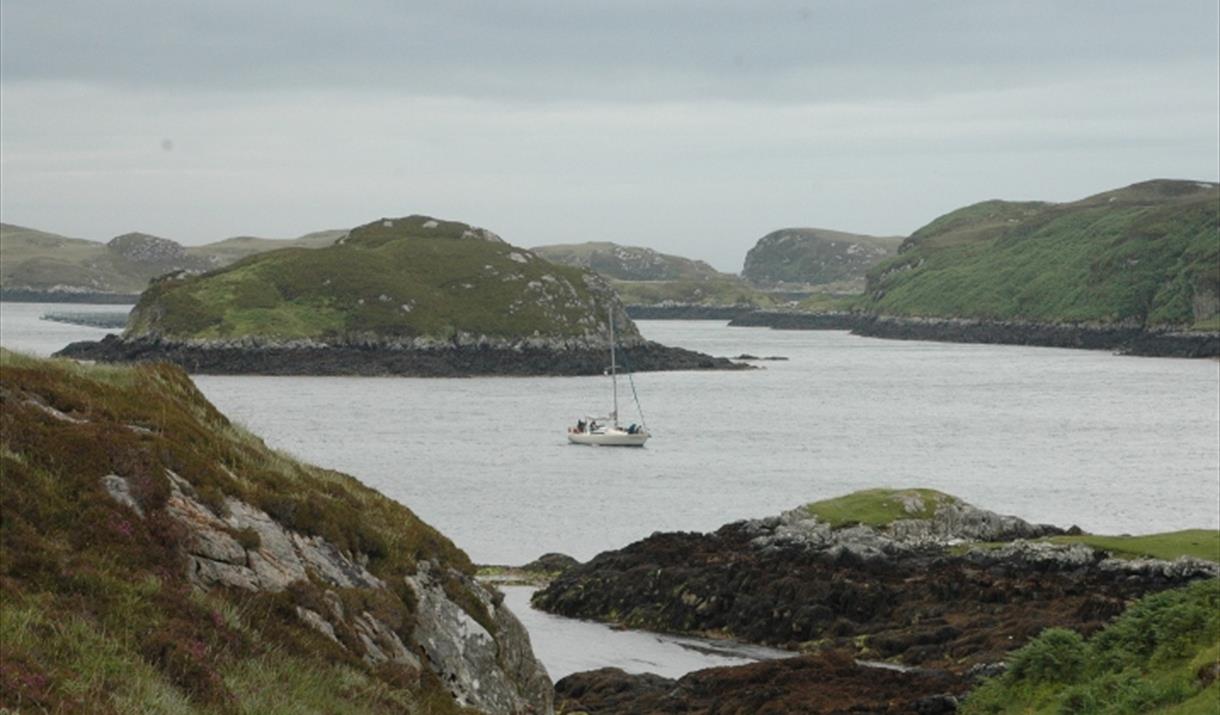 "Neil posted off immediately, and arrived at, the prince at the hour he had appointed, and found him under the same rock where he had left him; he no sooner saw Neil come in sight than he ran to meet him, and took him by the hand asking what news he had from Miss Flora; Neil told him what orders he had from the lady (as he called Miss Flora), after which they set out for Rossinish. The greatest difficulty for this journey was to find a boat to go by sea, as it was impossible to venture by land, because, as I have already told, all the fords were guarded by the MacLeods; but God, who always provided whatever he had occasion for, removed this difficulty also, for when they arrived at the side of Lochskipport, there they found four country people who had come there some days before to fish, with a small yawl.

Neil knew them immediately, and agreed with them for to ferry him and two other gentlemen that were with him over to Fouay, where they expected to meet with Ranald MacDonald (called Walpole); but when they landed upon the island they found no living soul of either man or beast upon it; being, at this time, clear daylight, they could not bring the boat no further, for fear to be seen from the land, wherefore they ordered the boat men to land them on the nearest rock ofBenbecula, that from thence they might go afoot to Rossinish, which done, Neil paid the boatmen and sent them away home."

Next Location: Location O - Near Wiay

* 23rd June 1745. A chance meeting with some fishermen at Loch Skipport solves the problem of smuggling the Prince across the guarded South Ford.