You are here: Home > See and Do > Peter May Trilogy - Adabroc "Crobost" 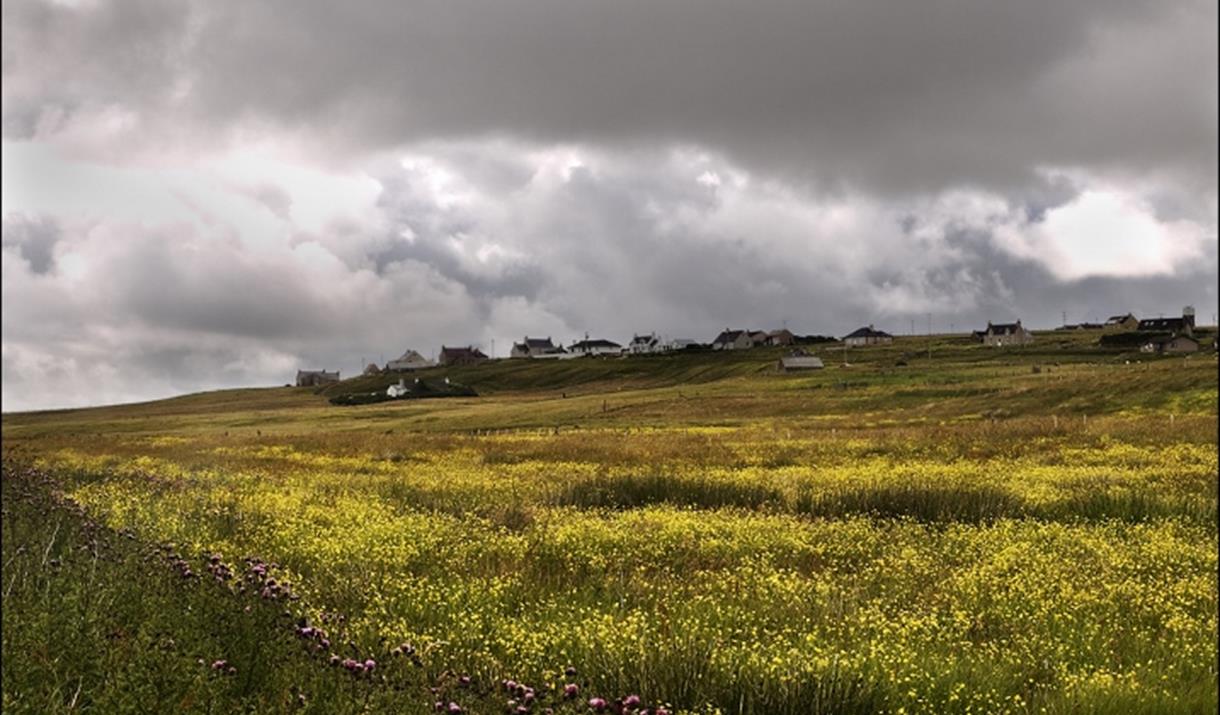 As the basis of the story, the villages of Adabroc and Skigersta were amalgamated to form the village "Crobost" in the books. This meant the houses which are strung out along the crest of the hill above the beach at Port of Ness and the little harbour at Skigersta all formed part of the village of Crobost. Crobost was where Fin grew up and near Port of Ness, where the first murder takes place.

The school is based on Lionel school, but "moved" to the village of Crobost. It is here where Fin meets his first love, Marsali:

"It was cold and starting to rain, and I pulled up my hood, stealing a glance at the girl with the pigtails. They were blowing out behind her in the wind, and she seemed to be enjoying the sting of it in her face. Her cheeks had turned bright red. 'Marjorie.' I raised my voice above the wind 'Thats a nice name.' 'I hate it.' She glowered at me. 'Its my English name. But nobody calls me that. My real name is Marsali.' Like Marjorie, she put emphasis on the first syllable, with the s becoming as soft as sh, as it always does in Gaelic after an r, a Nordic inheritance from the two hundred years that the islands were ruled by the Vikings.'Marsali.' I tried it out to see if it fitted my mouth, and liked the sound of it fine. "That's even nicer.'"

Extract from The Blackhouse by Peter May.

Breanish Tweed, in Adabroc, is where you can buy rare tweeds if you visit. You can also take in a weaving display, enjoy a dram of Balvenie and see how your tweed is made.

There is an interesting walk starting at the road end at Skigersta to Tolsta. It is a moderate to difficult walk, but the views are quite stunning.