You are here: Home > See and Do > Peter May Trilogy - Purple Boat at Skigersta Harbour 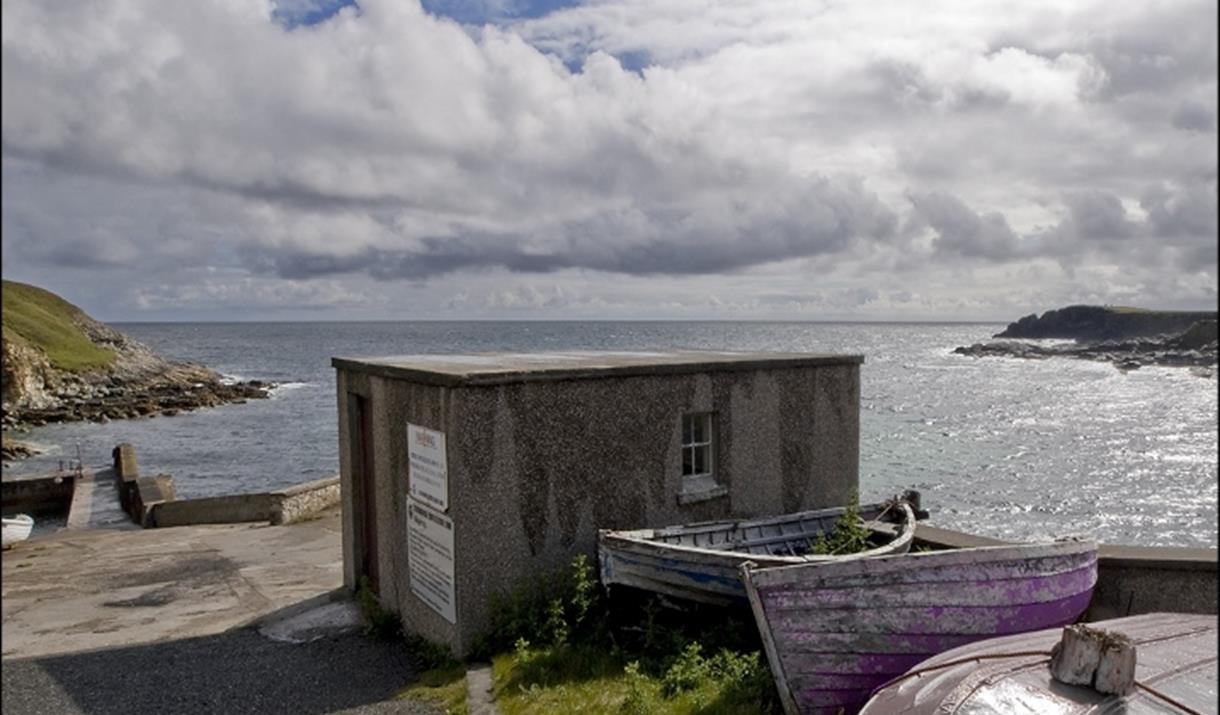 Skigersta harbour is where Peter May imagined to be "Crobost" harbour.  In The Blackhouse having spent many years as a detective in Edinburgh, he returns to Lewis to investigate the murder of an old school friend's brother Angus "Angel"  Macritchie. He revists his old haunts in Ness, where he was brought up - the village of Crobost. The harbour is where his father renovated and old boat, painted it purple and called it after his wife, Fin's mother.  Fin remembers his youth as purple. This was following his father's find of a drum of purple paint, whilst beachombing. The result was that every door, shelf, cupboard, skirting board and his boat were painted purple!

"Half a dozen small boats were pulled up along the edge of the slipway, angled against the foot of the cliff, one behind the other. Fin recognized the faded sky-blue of the Mayflower. Hard to believe it was still in use after all these years. Above the winchhouse, the skeleton of a boat long since fallen into desuetude lay tipped over, keelside up. The last flakes of purple paint lay curling along her spine. Fin stooped down to wipe away the green slime covering the remaining planks on her bow and saw there, in faded white letters, his mothers name, Eilidh, where his father had carefully painted it the day before he launched her. And all the regrets of his life rose up inside him like water in a spring, and he knelt beside the boat and wept."

Extract from The Blackhouse by Peter May.

Why not visit the nearby Breanish Tweed, in Adabroc. It is where you can buy rare tweeds if you visit. You can also take in a weaving display, enjoy a dram of Balvenie and see how your tweed is made.

There is an interesting walk starting at the road end at Skigersta to Tolsta. It is a moderate to difficult walk, but the views are quite stunning. Click here for the route.