You are here: Home > See and Do > St Moluag's Episcopal church 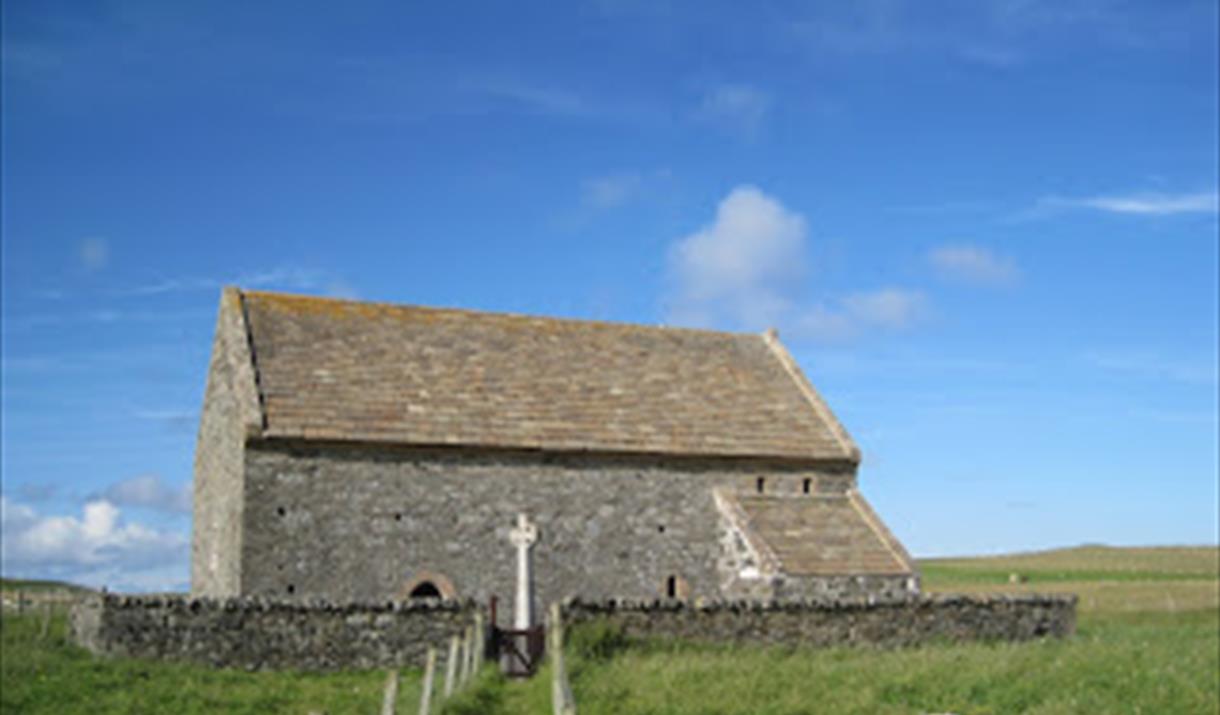 On the north end of Lewis, in a crofter's field in a village called Eoropaidh, stands the ancient church of St. Moluag. This Episcopal church has been here since the 12th or the 13th century and quite possibly sits on or close to a 6th century foundation. Over the years, the church fell into disrepair but in 1912 it was restored and has been in regular use ever since. There is no electricity or heat in this ancient church and we rely on candlelight and oil lanterns for light. We hold services each year from Easter Day to September, with an Advent candlelit service in December. If you are visiting St. Moluag's, practical foot wear is advised as there is no paved pathway to the church.

There are local stories that St. Moluag visited this site in the 6th century but there is no documentary evidence for this. Another story tells that the first chapel here was built by a son of the king of Scandinavia. Pilgrims used to visit the chapel in search of cures for 'insanity'. People suffering were given water from a nearby well dedicated to St. Ronan and tied to the altar for the night in hope that they would be sane in the morning. In 1630 it was recorded that people looking for a cure for skin sores and who could not visit the chapel in person would send a wooden version of their limb to be placed on the altar.