You are here: Home > See and Do > Peter May Trilogy - The Church and Manse, Cross

Peter May Trilogy - The Church and Manse, Cross 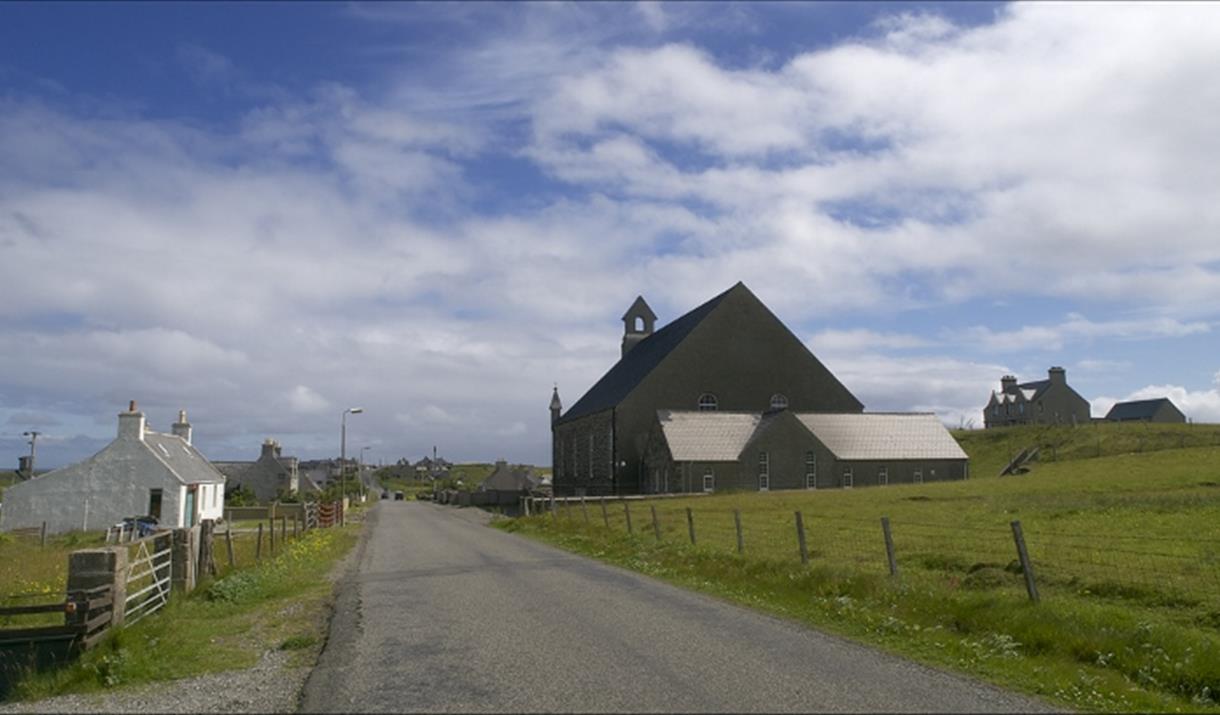 The Free Church of Scotland building and manse were used as the models to base  the church and manse in "Crobsot".  There are no churches in Adabroc, the village "Crobost" is based on and so the church at Cross was "moved" to Crobost. Fin's old friend is Donald Murray, the minister's son. Donald rebels against his father and the church, but later in life becomes a minister of the church in Crobost himself. Donald features in all three books The Blackhouse, The Lewis Man and The Chessmen.

"The church sat proud on the bend, looking out over the village below, and the land that fell away to the sea. The large metalled car park was new since Fin had last been here. In and Out gates were protected from sheep and there shit by cattle grids, and the tarmac was marked out with freshly painted white lines, worshiperes guided to park their cars in orderly Christain rows. In Fin's day people had walked to church. Some of them from miles around, black coats blowing about their laegs, free hands holding on to hats, the other clutching bibles."

Extract form The Blackhouse by Peter May

The Free Chrch of Scotland holds services each Sunday morning and evening, and you can hear the distinctive sound of gaelic psalm singing accross the moor on a stil day.

Cross Inn is nearby for a bite to eat and don't miss Buth Lisa is a great wee gallery with paintings and crafts inspired by the landscape, in the next village of Habost.