You are here: Home > See and Do > Bird of Prey Trail - Loch Stiapabhat 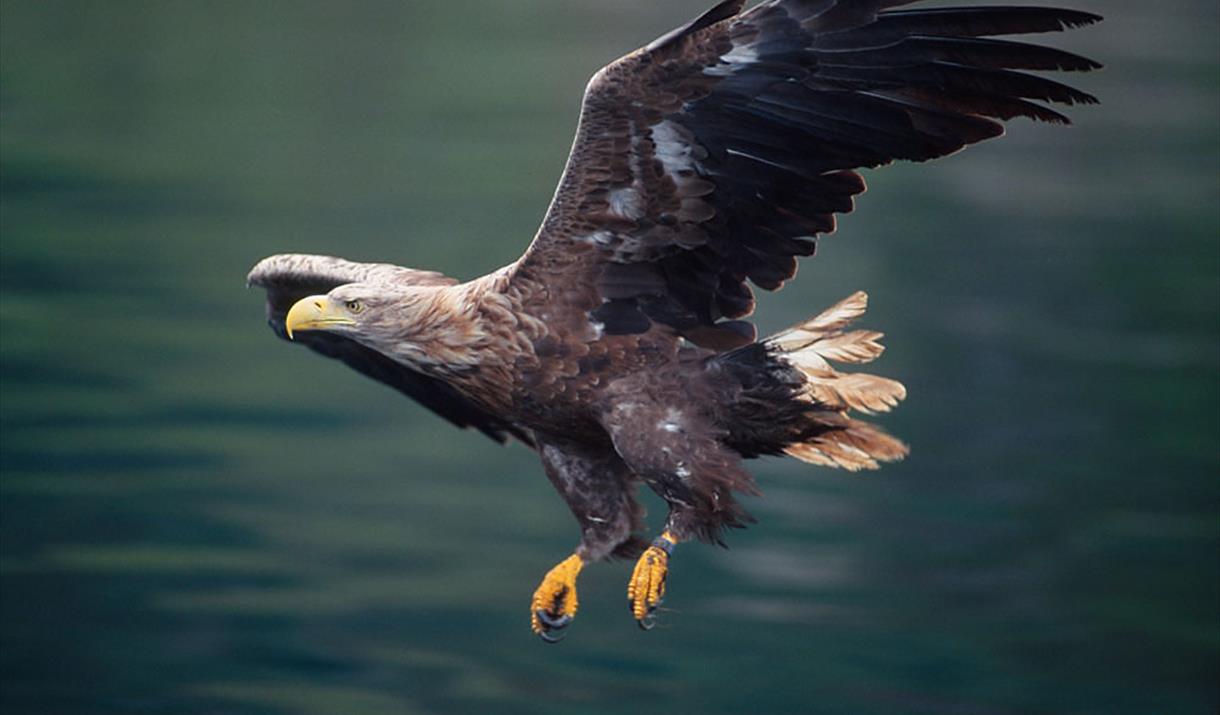 Loch Stiapabhat is the Outer Hebrides only Local Nature Reserve, located at the Northern tip of Lewis. This area is bustling with birds throughout the year, but is particularly busy during spring and autumn migration when the birds on the reserve change daily as they stop to rest, feed and then move on. This activity attracts regular visits from hunting peregrine, white-tailed eagle, merlin and hen harrier in addition to the resident buzzards.

A new hide (The Nature Observatory) was opened in spring 2014. This hide is just a few hundred metres from the road and is situated at the edge of the loch with an excellent view over the loch, and surrounding wetland and croftland.

The numbers of birds of prey visiting the reserve is greatest during the winter half of the year when they have left their breeding grounds and are attracted by the large flocks of birds that congregate at Loch Stiapabhat.

Alarm calling birds and flocks suddenly taking off or rapidly changing direction are all signs that a bird of prey is about.

This is a great place to watch migrating birds as they continually arrive and depart, moving north in the Spring and south in the Autumn. Perched on the North Western edge of Europe, Loch Stiapabhat often attracts rare vagrants that have become disorientated or blown off course. During the spring and summer the displays of waders and the unmistakable rasping call of the corncrake can be heard from the hide.

How to get there?