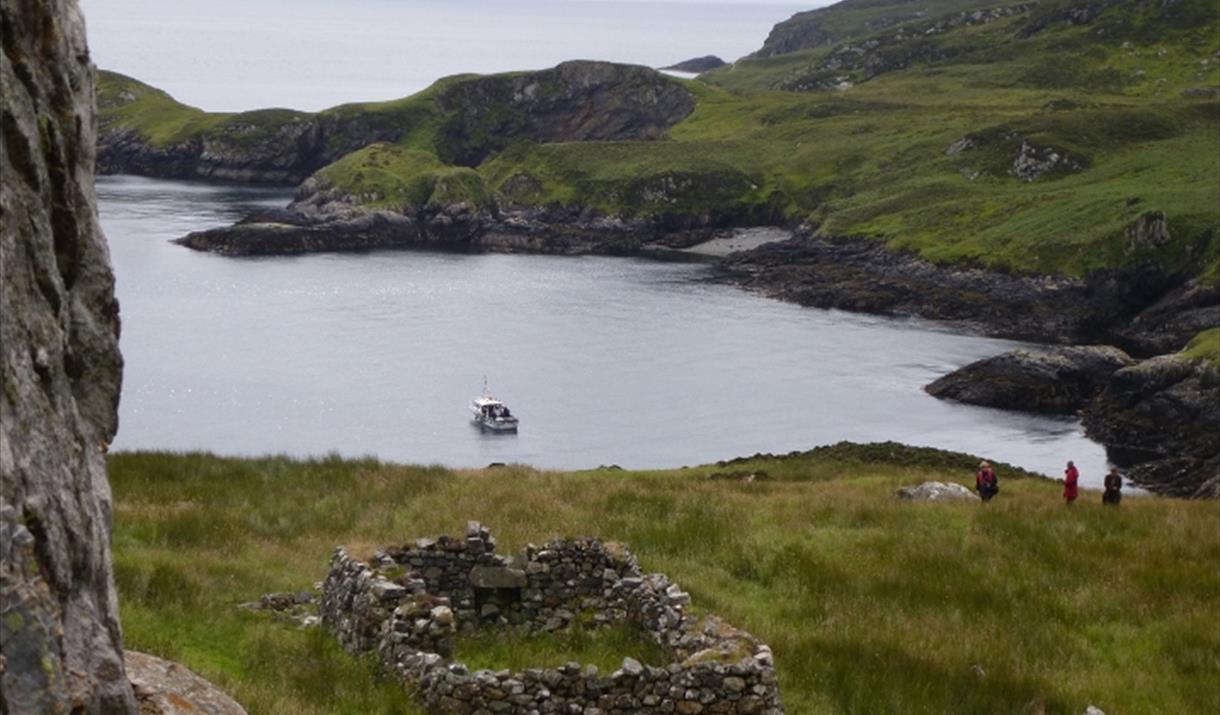 "The next day being the 10th of May, it was determined to send him to Corodale, a little pleasant glen in South Uist, belonging to Neil MacDonald, where there were two country houses, and conveniency enough for his concealment. Neil was appointed for to conduct him thither, whom he desired to remain still with him. About eleven o’lock at night, they set out with Neil, who was their faithful guide, towards Corodale , where they arrived next day about six in the afternoon; when they came near the house, Neil left him under a rock while he went in to see if there were no strangers there; and finding none but Ranald, his brother, who had come thither the day before by Neil's own orders, he presently returned where he left the prince, and conducted him to the house. He seemed extraordinary well pleased with the house, which he swore looked like a palace in comparison with the abominable hole they had lately left. He sat upon a seat of green turf that was made up for him that same evening, and after taking a refreshment of gradan, bread and cheese, and goats milk, upon which he fed very hearty, he desired his feet to be washed, being extremely dirty, and very much galled by his night walk; after which he smoked a pipe of tobacco and went to bed, which being heather and green rushes, he slept soundly 'till twelve the next day."

* 14th May 1746. Neil MacEachen guides the Prince to Glen Corrodale which was to be his main place of refuge during his time in Uist.