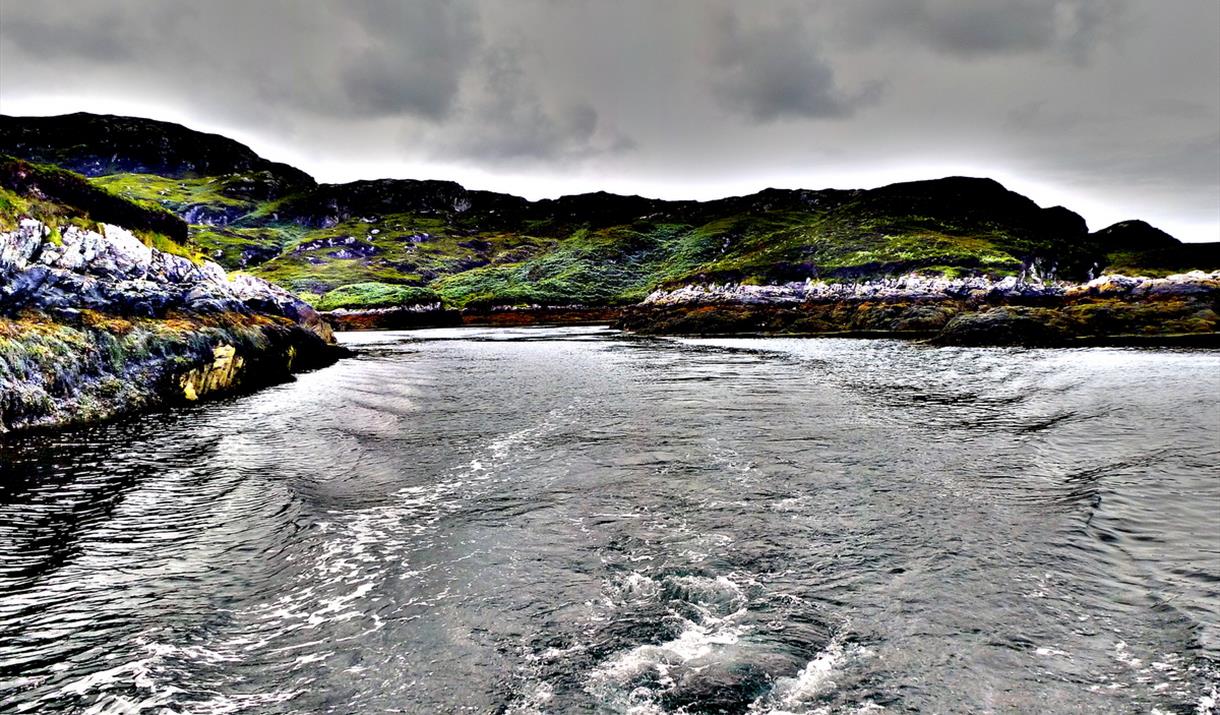 "After being chased from thence (Wiay) they had no other resource but to return towards the south end of the country, upon hearing that the Skye militia had departed from Boisdale's house two days before, and were upon their march towards Benbecula, where they flattered themselves infallibly sure to find him. About eight o'clock at night, upon the 12th of July, they put to sea from Lochaskivay, and rowed the whole night along the coast, and as the day began to dawn Neil advised them to land in Lochskipport, and to stay there 'till it was late; but the prince, who was eager to be as far on that day as possibly he could, would not condescend, and so continued their voyage the whole day. About five in the afternoon they landed at Corodale, where they refreshed themselves 'till it was ten......"

* 13th June 1746. After a detatchment of MacLeod militia from Skye land on the island Neil and the Prince head back for South Uist. That night they sheltered at Acarsaid Fhalaich (The Hidden Anchorage) north of Uisinish.