You are here: Home > See and Do > Cille Bharra 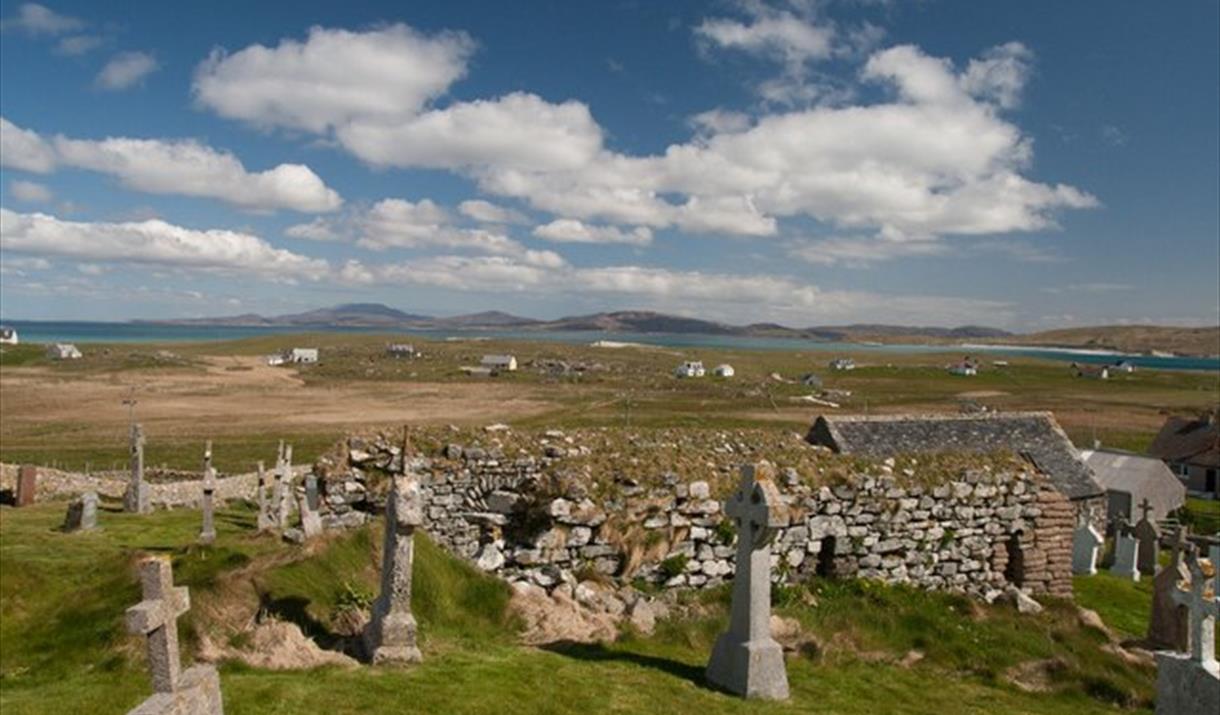 It was after the Saint that the Norsemen gave the island the name of Barray. The largest building on the site was the church, and, although it has lost its gable ends, the top of the door with its distinctively Irish inward- sloping jambs can be seen in the north wall. Narrow splayed windows in the surviving walls are similarly triangular at the top on the inside, but rounded on the outside face. After the church fell into disrepair it was partially filled with soil and used for burials.

The best preserved building on the site is the north chapel and inside this can be seen a full-size replica of an elaborate Norse rune stone which was found in the cemetery in 1865. On one side the runic inscription reads:"After Thorgerth, Steiner's daughter, this cross was raised", whilst on the other is an elaborate Celtic cross with plaited interlace. There are also three 16th century grave-slabs in this chapel believed to have once covered the graves of Macneils or their near relatives.