You are here: Home > See and Do > Bosta (Bostadh) Iron Age House 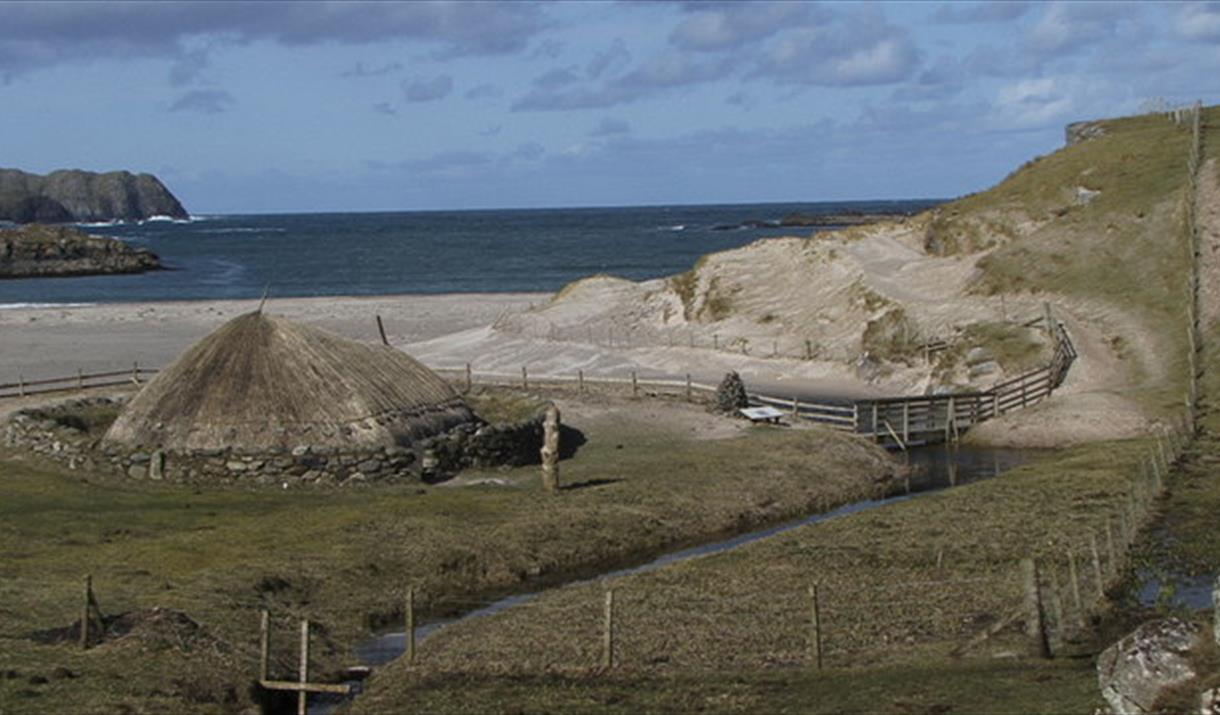 In 1993 a great winter storm reconfigured the beach at Bostadh, revealing substantial stonework within the sand dunes where gradually eroding middens had long been observed. Eventually this threatened site was excavated in 1996, and a series of well preserved houses, some virtually intact, were brought to light. Four houses were represented, although the village had probably once extended right across the present beach. The main settlement was occupied around the 6th-9th centuries AD (a period described variously as Late Iron Age, or Pictish-period), and comprised a cluster of semi-sunken circular or cellular buildings, each with a rectangular central hearth and at least one smaller chamber opposite the main entrance.

The wide range of finds and environmental information gives a vivid picture of the lifestyle of the villagers, who lived by mixed farming, fishing, hunting and collecting seafood and seabirds. The earliest levels underneath this phase of the village were not investigated, but shortly after the end of the settlement, a Viking house had been built over the site, from which the name 'Bostadh' (meaning farm in Old Norse) presumably derived. The site was re-occupied in more recent times, until scarcity of fuel forced the village to be abandoned in 1875. The remains of many of these abandoned blackhouses can be seen around Bostadh.

Much of the information from the excavations and some of the finds can be seen in the local museum at Breaclete.

The vulnerable excavated structures themselves could not be preserved, and although a footprint of the village has been laid out (some as excavated, some rebuilt), the processes of erosion and sand build-up are as dynamic as ever. However, a magnificent reconstruction has been built on more secure ground slightly further up the valley.