You are here: Home > See and Do 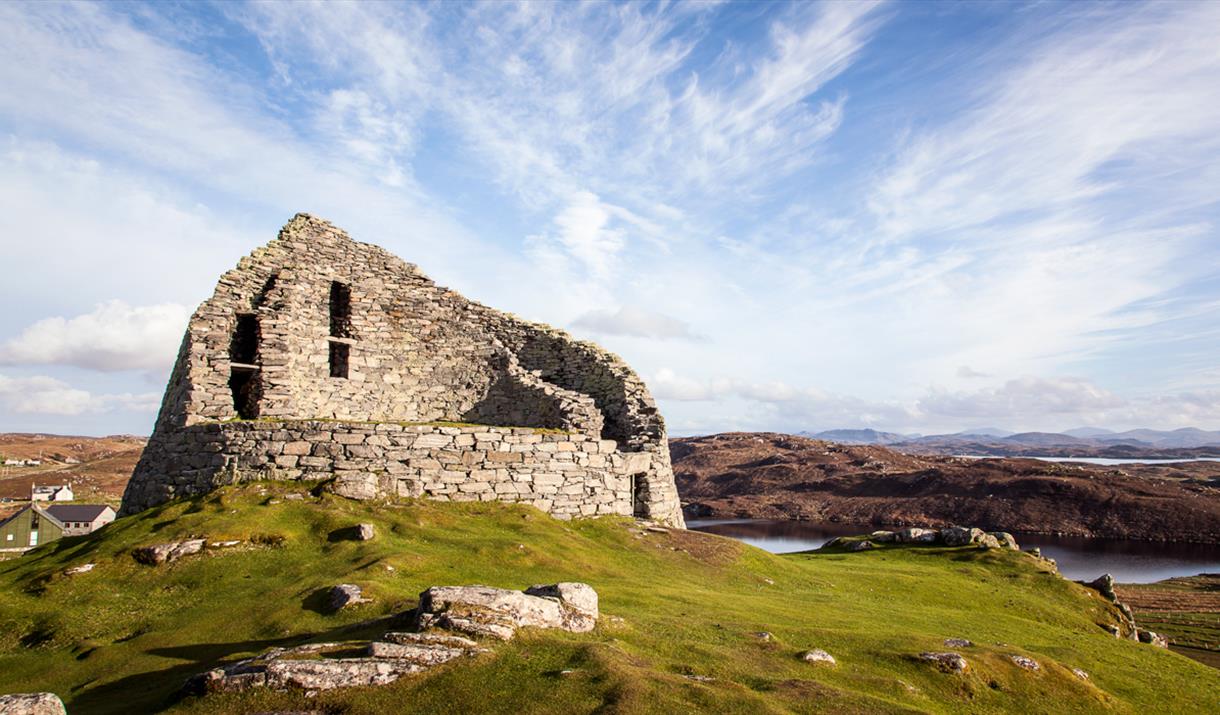 Dùn Chàrlabhaigh is entered by a single low heavily-defended doorway with a guard chamber to one side. There are two further chambers at ground level within the massive thickness of the walls, and a stone-built staircase which rises between the inner and outer walls, giving access to the upper levels.

Limited excavation in one of the intramural chambers uncovered hearths, pottery and a quern stone from re-occupation of the cell in the later Iron Age. Although the broch appears to have been long roofless and uninhabited, a well-known local story demonstrates that it remained an important landmark and place of refuge. The Morrisons had stolen cattle from the MacAulays in a raid, and took refuge in the broch until the danger of reprisal had passed.

However, they met a fearful end when Donald Cam MacAulay managed to climb the sheer outer face of the drystone tower by inserting his dirks between the stones, and throwing burning heather down on them.