You are here: Home > See and Do > Allathasdal 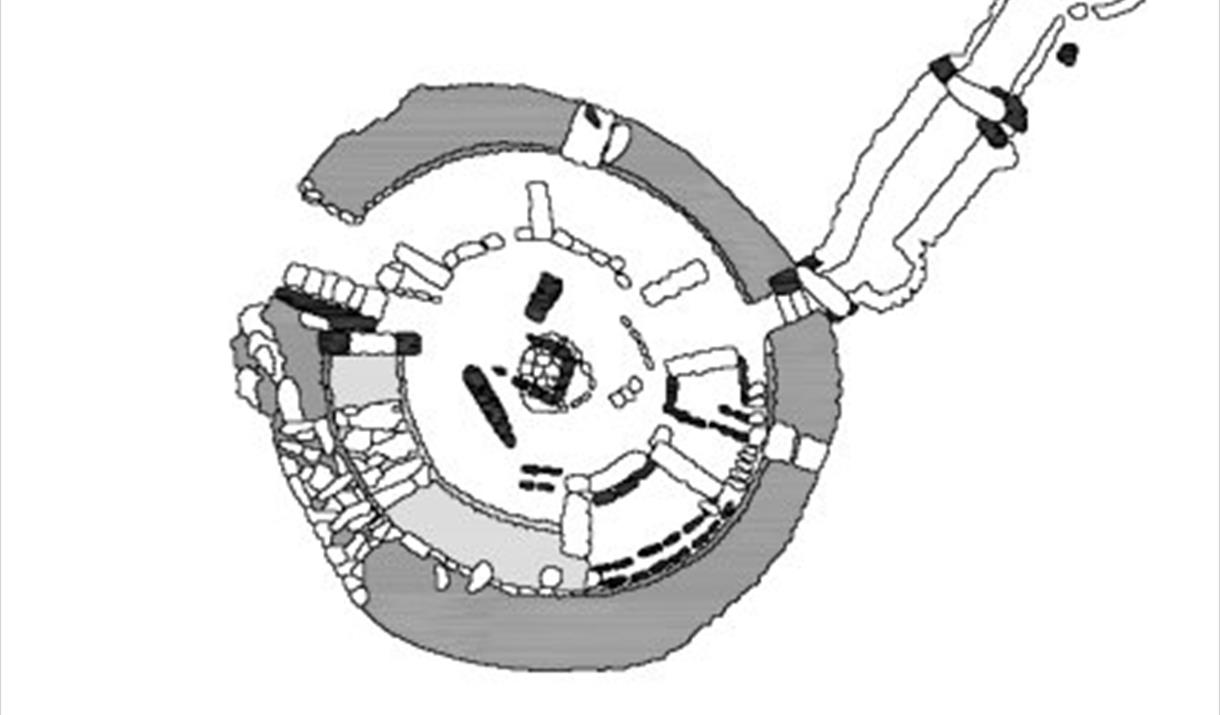 The site has been occupied by prehistoric people throughout the Bronze and Iron Ages, from almost 2000 BC until the early centuries of the first millennium AD. The earlier phase was revealed to have been a settlement of stone-built round houses, with central hearths, earth floors and, quite fascinatingly, ritual foundation deposits of animal burials. There were also faint traces of ancient ploughing in the underlying soil, telling us something of the lives of these early Hebridean farmers.

Ground-penetrating radar had picked up a strong signal nearby, showing a massive circular building of about 10 meters diameter. Trenches were immediately opened there, and the visiting archaeologists were impressed to see a well-preserved Hebridean wheelhouse emerging from the sand, with its circular interior divided into segments by radial stone walls, and a large open hearth in the centre of the building. This house also had a long entrance passage wa, and a well-defended threshold with bar-holes in the walls. Whalebone ribs were found lying on the floor, which caused speculation that they might have been used as roof "timbers" on this largely treeless island. The geophysics team did manage to dispel a local rumour, however, that a nearby dune contained a Viking ship burial.