You are here: Home > See and Do > Peter May Trilogy - Police Station 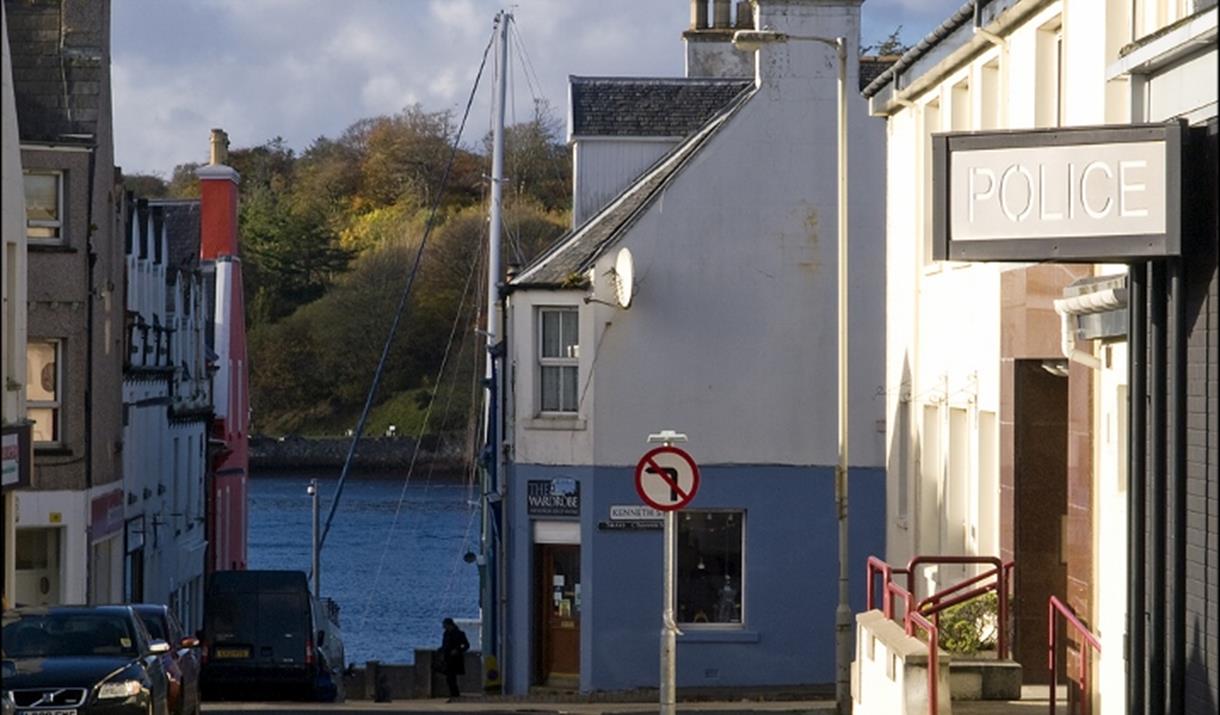 The police station is off course where Detective Fin Macleod is based on his return to the island, having left as a teenager. He is brought in to investigate the murder of Angus "Angel" Macritchie following a copycat murder he had been investigating in Edinburgh. Here he teams up with Detective Sergeant George Gunn.

"Fin had barely lifted his bag from the luggage carousel when a large hand grabbed the handle and took it from him. He turned, suprised to find a big friendly face grinning at him...........He thrust a large hand into Fin's.

'Its Fin, George. How the hell did you know who I was?'

'I can spot a cop at a hundred paces, Mr Macleod.' he grinned."

Extract from the Blackhouse by Peter May

The police station is on the corner of Church Street and Kenneth Street in Stornoway.

Stornoway town centre is a hub of activity. There are bars, shops, restaurants, cafes, takeaways, an art gallery and the Tourist Information Centre. In the summer months there are often markets in Perceval Square in the town centre. The town is overlooked by the Castle Grounds, a public park where you can take a walk or cycle round.

Click here to go back to the Peter May Trilogy home page.