You are here: Home > See and Do > Peter May Trilogy - Lochboisdale Pier 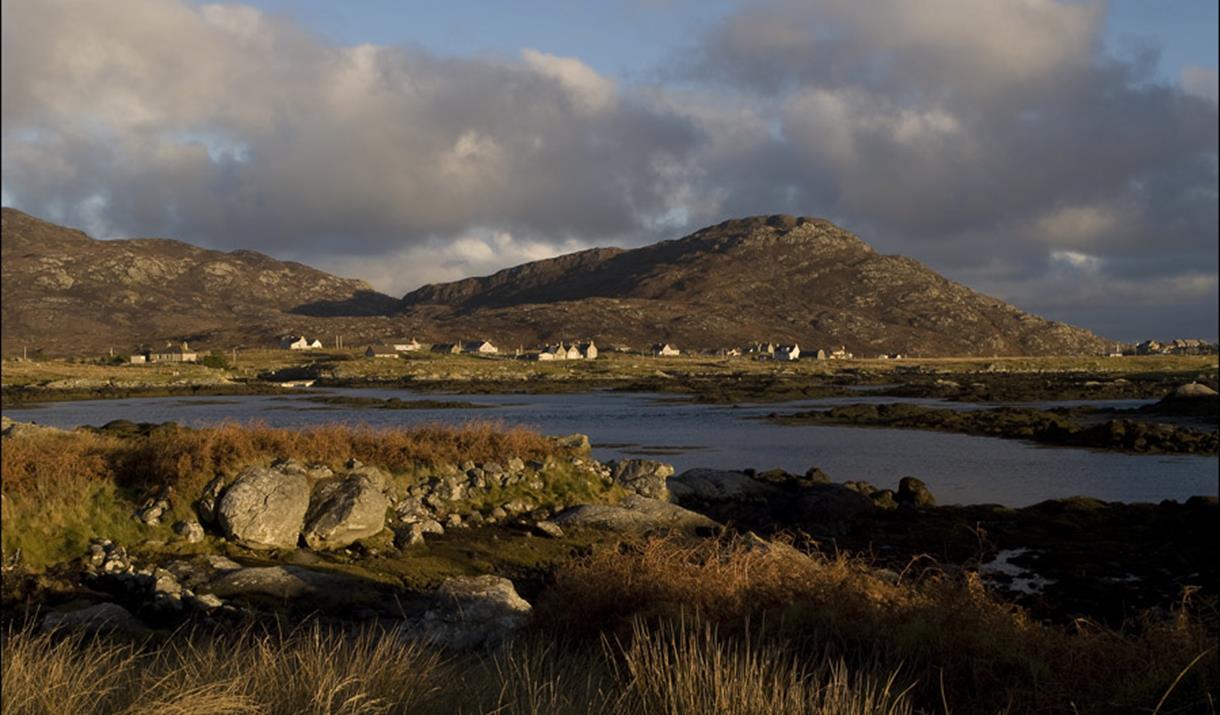 In the book, The Lewis Man, two teenage brothers, Johnny, Peter and a young girl, Ceit (Catherine) are brought to South Uist and boarded out with a families in Eriskay.

They were referred to as "homers" as they had been in an orphanage and the Catholic Church had shipped them to South Uist. It was in the days before background checks and for some of these children they were treated little better than slaves, for others of course this was not the case. They arrived at the ferry port of Lochboisdale and were left standing on the pier with the names of families who were to become their keepers written on a card hung from their necks.

"A feeling of such despondency fell over me as we stood there alone in the dark, the black waters inside the protective arms of the harbour slopping against the stanchions of the pier. The lights of a hotel beyond the harbour wall looked warm and welcoming, but not for us.

Then out of the darkness a figure emerged along the pier towards us. She slowed as she reached us, a look of consternation on her face, and she bent to peer at the cards around our necks. Her frown vanished as she read O'Henley on Catherine's and she gave her a good looking over. A hand came up to grip her jaw and turn her face one way, then the other. And then she examined both her hands. She gave us barely a glance. 'Aye, you'll do,' she said, and took Catherine's hand to lead her away."

Extract from The Lewis Man by Peter May

Lochboisdale serves as the main port for the island and there are shops, a post office, a bank, a cafe and a hotel.  You can stop of at the Lochboisdale Cafe for a cuppa or sit and enjoy the view at the community garden. The Tourist Information Centre is next to the garden and at the nearby Lochboisdale Hotel, the hotel referred to in the book, you can have meal and a dram. There is also the option of boat tours with Uist Sea Tours who do sightseeing and wildlife boat trips from Lochboisdale.

There is a great short circular walk starting at the Lochboisdale Post Office over a causeway through the village of Lasgair and back on the the main road into Lochboisdale.

The west coast of South Uist is a must, with miles of stunning white sandy beaches and rich machair land, where there is a wide range of machair flowers and abundant wildlife.