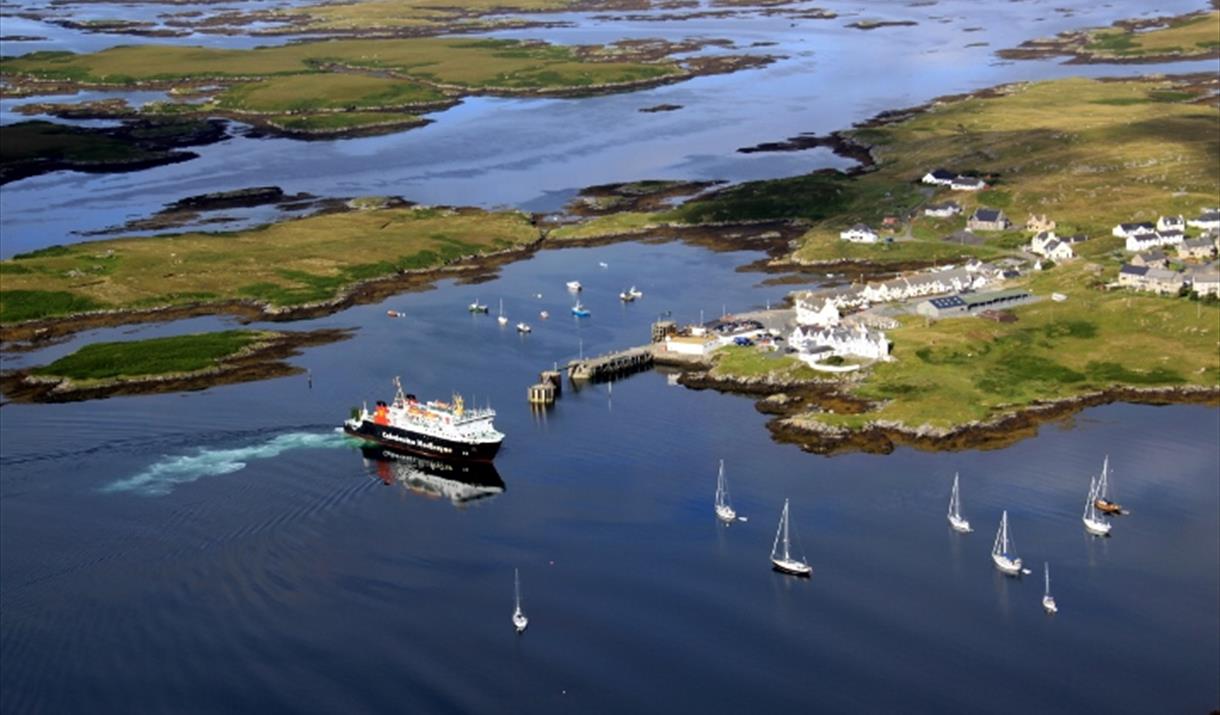 "The French warships were L'Heureux and Le Prince de Conti. They formed the sixth and final rescue attempt for Prince Charles. A detachment of marines marched to the Laird of Boisdale's house at Kilbride but by then Alasdair MacDonald of Boisdale had been taken prisoner and was on his way to the Tower Of London.  At this point Neil MacEachen appears again and offers to act as pilot to lead them over to the mainland where they anchored in Loch nan Uamh. They waited there for about two weeks till the Prince arrived.  They sailed back to France on 20th September 1746. Neil MacEachen accompanied the Prince to start a new chapter of his life in France."

There is a great walk to see the Barp (Chambered Cairn). Departing from Lasgair, you can cross over Loch a’ Bharp (one of the main Estate fishing lochs) by bridge or stepping stones if the tide allows.  Once across the loch, you can take a short walk round the edge of the loch to see the Barp (chambered cairn) near the north west point of the loch.  See this link for further information.

Coming back to the west side of the bridge or stepping stones you should be able to pick up the (argocat) track that leads you west towards the old water tank near Loch nan Smalag.  Keeping to the south of the loch and up on the shoulder (Bealach an Easain) on Ben Kenneth you’ll pass by Coire na Cuilc.  Venturing down to a grassy section with a large rock face on your left, keep looking up and you’ll see a recess in the rock - this is the cave!  Access is best attempted via the grassy ledges to the west of the cave.  Keep looking upwards and you might even spot a glimpse of the Golden Eagle soaring nearby.