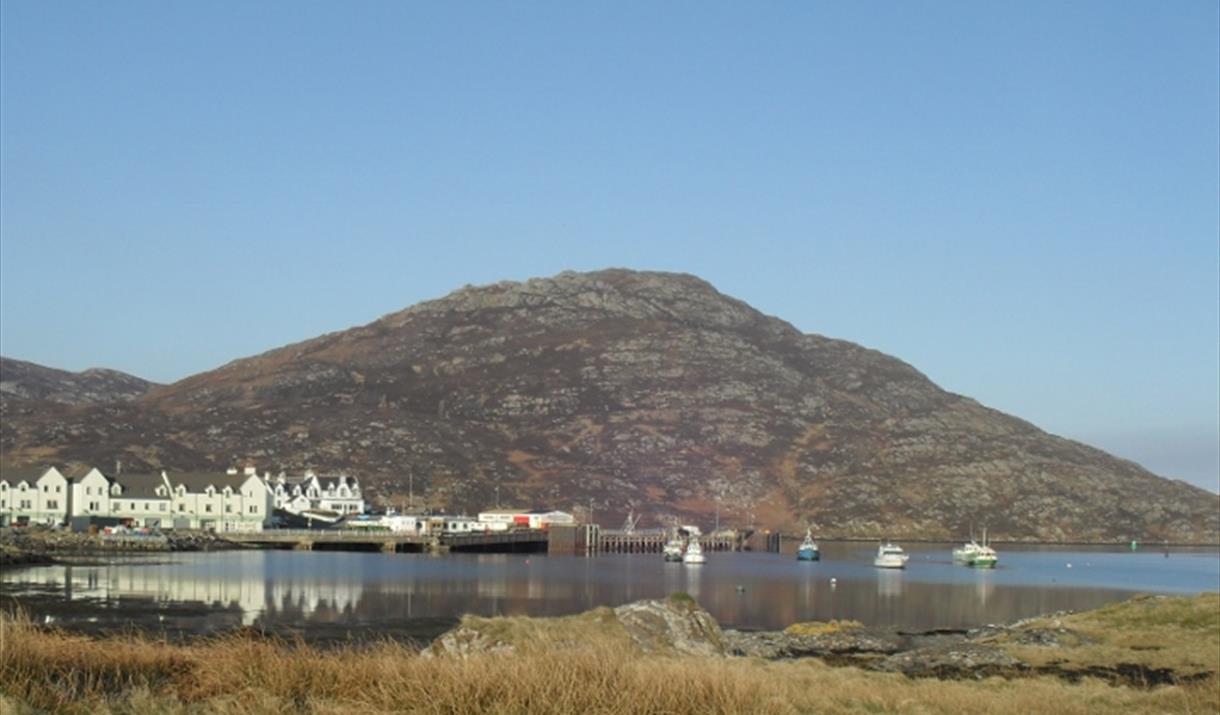 "News arrives that the notorious Capt Scott has landed on Barra and is on his way to Uist. This news put them in a greater consternation than ever, which obliged them to cross over to the other side of Loch Boisdale that night for more security. Next day about break of day, the prince sent off Rory MacDonald to learn whither Scott was arrived, and to bring back word what was passing among them. Rory returned at eight o'clock, and told the prince that the lady, her daughter, and all the servants, were tied neck and heel in one house, in order to extort a confession from them of the prince's being in the country; while her celler and all her most valuable effects were left to the mercy of the ungenerous soldiers, who were busy in carrying the plunder to their boats. The news of the ladies ill treatment struck such a terror into the minds of the timorous crew, that they immediately sunk the boat, and abandoned the prince and the few gentlemen who accompanied him. In this desperate condition there was no remedy to be thought upon, but to dismiss the few gentlemen that accompanied till then, and retire to the mountains; whereupon having left everybody to shift for himself (of whose number was O'Sullivan, who was left under a rock with the best part of the prince's baggage), the prince, with Neil and O'Neil, made for the top of the nearest hill, that from thence they might have a better view of their enemy’ motion, and take further resolution how they were to dispose of themselves next."

Ben Kenneth (Beinn Ruigh Choinnich) is the most well known of the hills in Lochboisdale and it is said locally that one of the caves Bonnie Prince Charlie hid in is on it.  This cave is actually situated at the foot of Triuirebheinn – the next hill north of Ben Kenneth.

Ben Kenneth itself is a popular hill walking destination and its summit is the goal of up to 60 runners who take part in the Ben Kenneth Hill Race on the first Sunday of August each year.

There is a great walk to see the Barp (Chambered Cairn). Departing from Lasgair, you can cross over Loch a’ Bharp (one of the main Estate fishing lochs) by bridge or stepping stones if the tide allows.  Once across the loch, you can take a short walk round the edge of the loch to see the Barp (chambered cairn) near the north west point of the loch.  See this link for further information.

Coming back to the west side of the bridge or stepping stones you should be able to pick up the (argocat) track that leads you west towards the old water tank near Loch nan Smalag.  Keeping to the south of the loch and up on the shoulder (Bealach an Easain) on Ben Kenneth you’ll pass by Coire na Cuilc.  Venturing down to a grassy section with a large rock face on your left, keep looking up and you’ll see a recess in the rock - this is the cave!  Access is best attempted via the grassy ledges to the west of the cave.  Keep looking upwards and you might even spot a glimpse of the Golden Eagle soaring nearby.

* 20th June 1746. News arrives that the notorious Capt Scott has landed on Barra and is on his way to Uist. The Prince and his party cross over to the north side of the loch but further news induces more panic!