You are here: Home > See and Do > Peter May Trilogy - Bridge to Nowhere

Peter May Trilogy - Bridge to Nowhere 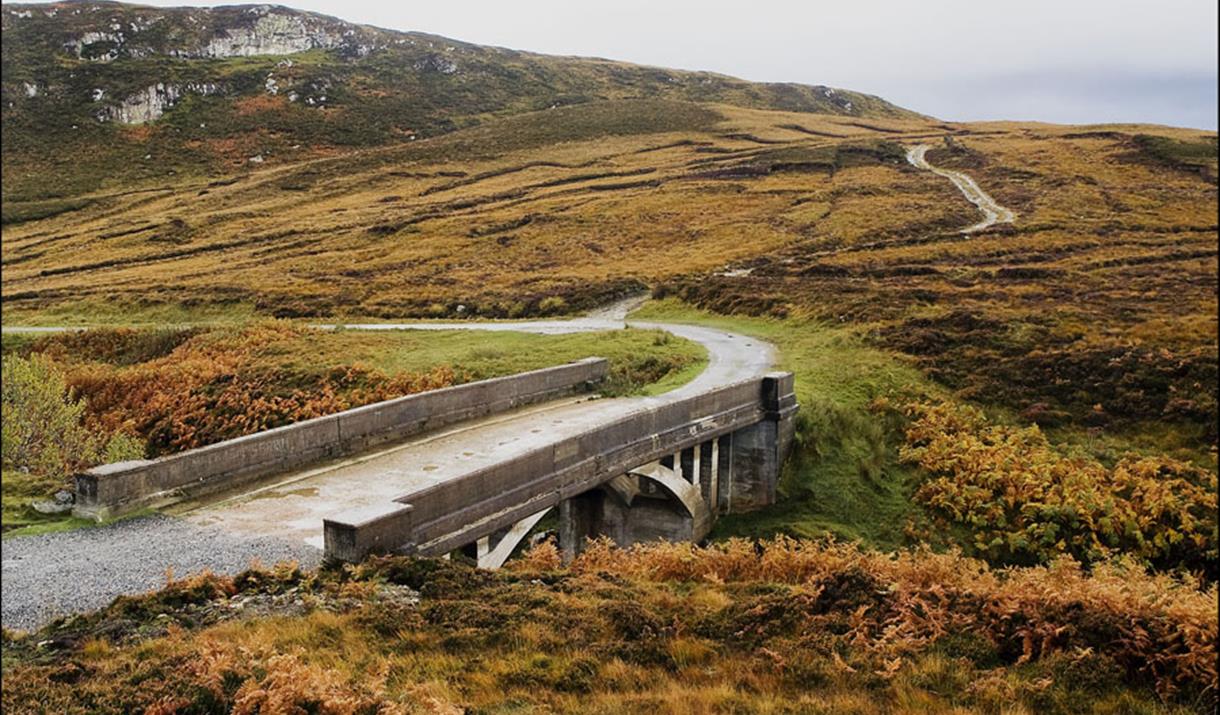 This is the location, in the book The Chessmen, of a scooter race between band members and teenage friends of Fin's; Strings and Roddy. The idea was to have a race along the track at the Bridge to Nowhere and whoever won, would be able to name their celtic rock band.

"It was one of those rare, delicious, early summer days when the wind was soft out of the south-west and the sky was broken with high white clouds that occasionally masked the sun. Spring flowers shimmered yellow and purple and white accross the moor, and the midges were kept at bay by the breeze. Of course, there was always something to spoil a perfect day and in this case it was the cleggs. The little biting bastards were out in force among the long grasses. Horseflies the English call them, and they give a really dirty bite, even through clothing if they are tight-fitting.

We were all gathered on the bridge. About a dozen of us, drinking beer, scraping our names on the concrete, or just lying along the parapet sunning ourselves, fearless of the drop into the gorge below. The sun washed accross the golden sands of Garry beach and out over the Minch, and I remember thinking there was something almost idyllic about it. The exams were by us, and a new, exciting future lay ahead. Escape from the island, the first chance any of us had to spread our wings and fly. At that moment, anything seemed possible."

The Bridge to Nowhere can be found at the very end of the road up the east side of Lewis from Stornoway and is beside the fabulous beaches of Gearaidh and Traigh Mor, Tolsta.

The Bridge to Nowhere was named so because today the bridge does not actually lead anywhere, apart from a walking route to Ness.It was part of an ambitious plan Lord Leverhulme had, in the early 20th Century, to have a road to Ness, but it never came to fruition. Once over the bridge, there is just a  rough path which runs a mile or so along the cliff tops and is very scenic, but then peters out. The  route, which leads to Skigersta in Ness, is marked for walkers by way markers and is over boggy, peaty moorland tops. It is approximately 11 miles to Skigersta, Ness and fairly tough walking.