You are here: Home > See and Do > Peter May Trilogy - Beehive Dwellings and Disappearing Loch 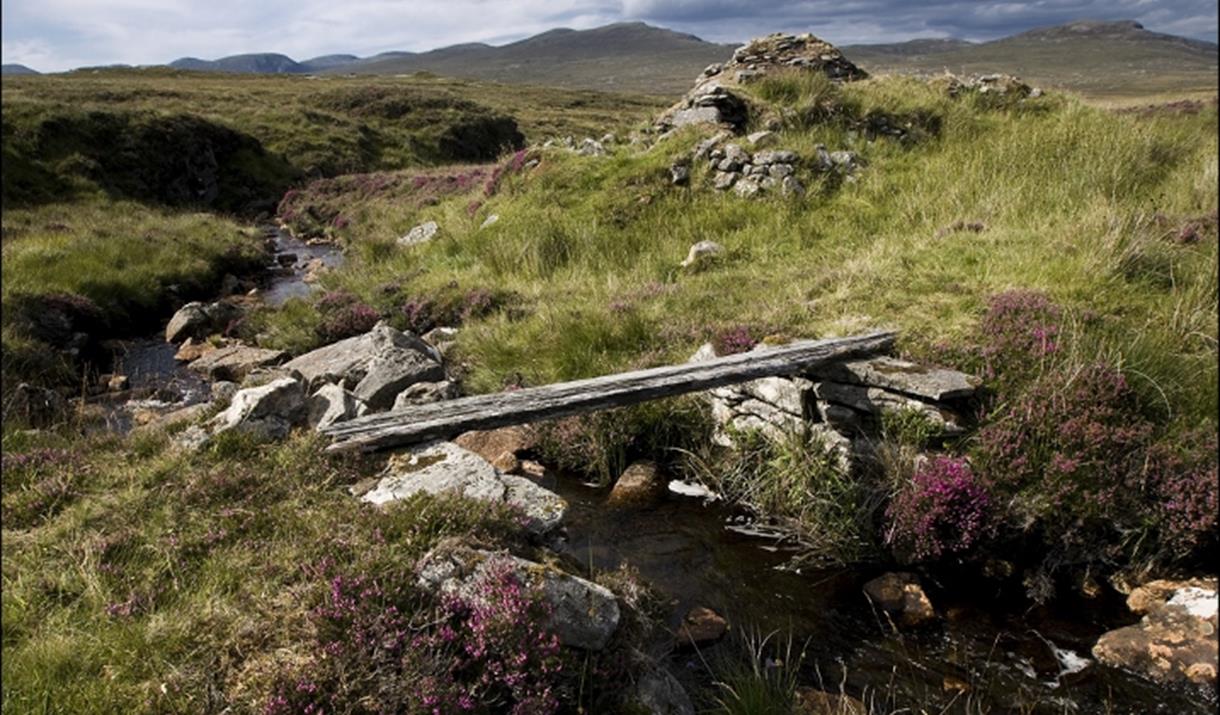 In the book The Chessmen, Fin has given up his job as a Detective and has got a job as a gamekeeper. He comes across is old friend, Whistler, who the landlord has a grudge against, and so Fin finds himself in conflict with Whistler. Whistler leads Fin a merry dance over the hills and moors of UIg, in a storm, but ends up saving his life. They end up sheltering from the storm in a beehive dwelling. When they wake in the morning they are confronted by a unique site - "a bog burst" which caused the loch to disappear. A plane, with a corpse, is revealed lying at the bottom of what would have been the loch.

But Whislter said nothing, and Fin turned to see what he was staring at. At first, the sight that greeted him in the valley simply filled him with confusion. He understood all that he saw, and yet it made no sense. He turned and looked back beyond the beehives to the jumble of rock above them, and the scree slope that rose up to the shoulder of the mountain where he had stood the night before and had seen lightning reflected on the loch below.

He turned back to the valley. But there was no loch, just a big empty hole....."

A "bog burst" happens after an extended period of dry weather, heavy rain drains down through cracked peat creating a sludge beneath it. The weight of the top layer, and pressure from the loch it contains, means that it just slides away and the loch drains itself empty. This event actually happened in the 1950's when a loch between Morsgail and Kinlochresort, vanished overnight.