You are here: Home > See and Do > Beehive Sheilings 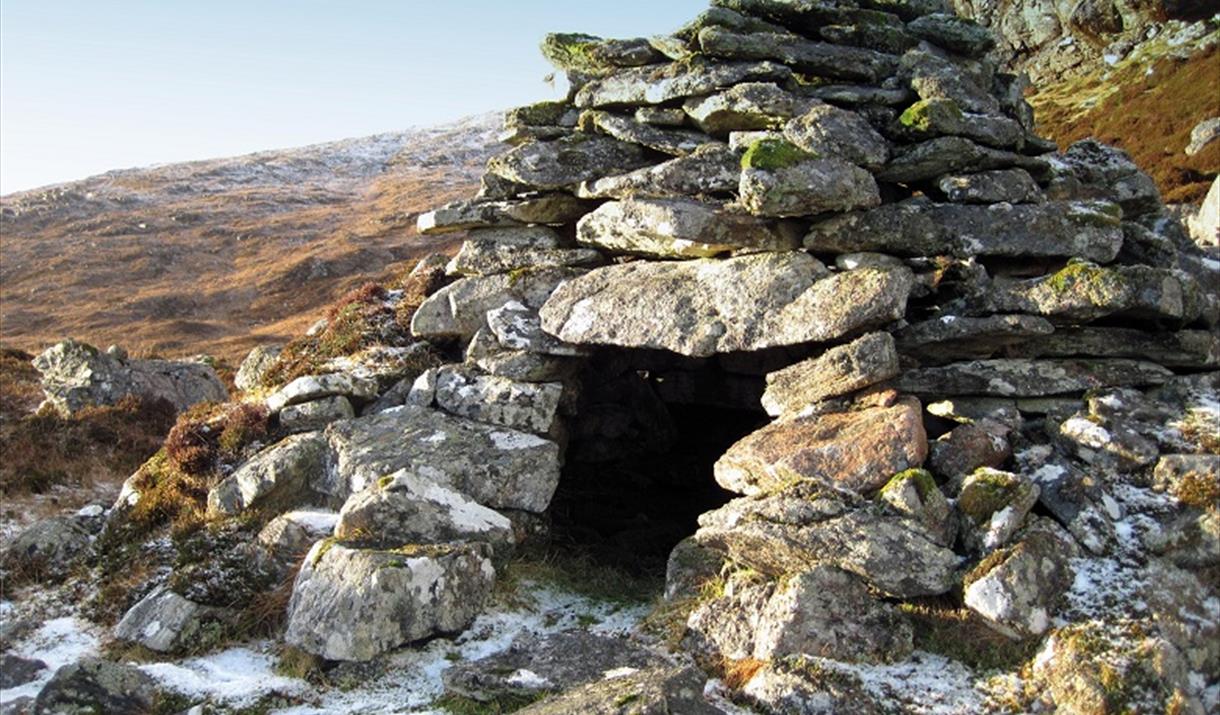 Constructed very much like an igloo, but using rocks rather than ice, beehive dwellings are thought to have been constructed in the last few hundred years as summer sheilings. With no wood around for roof supports, what else do you build for shelter except a stone igloo? Some are directly connected to others, presumably to give separate sleeping quarters or as a quick route to the neighbours, and most have a curved wall leading to the door in the windward side to keep out the worst of the weather. The lower layers of stone were laid horizontally while the upper courses were overlapped in decreasing concentric circles and finally capped with a copestone to give the beehive shape. Once covered in turves, they made an excellent wind and waterproof shelter.

These beehives are the most accessible in Harris but still involve rough cross – country walking on boggy ground so good waterproof footwear is essential. Park at the now closed Cliasmol School and head north alongside Abhainn a Mhullin for 1.5km until you find the beehives at the foot of Sron Smearasmal.