You are here: Home > See and Do > Mountain Hare - An Cliseam

Type:Flora and Fauna - Moorland and Mountain 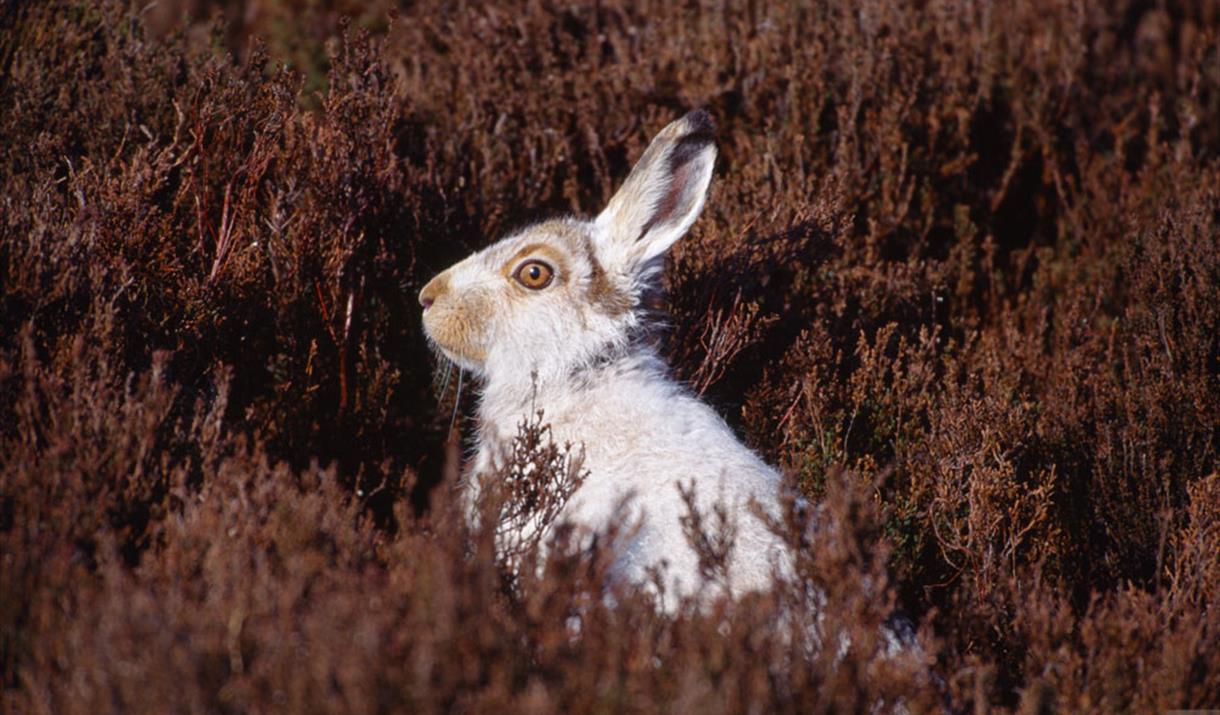 As the name suggests, mountain hares are a mountain species, rarely seen close to the roads or coast where you would expect to see rabbits. In the Autumn they grow a thick winter coat that camouflages them against the snow. In the Spring they shed their white coat to reveal a blue-grey summer coat. They are a secretive species sheltering amongst rocks and boulders for most of the day, safe from the watchful eye of eagles.

Mountain hares were introduced to Harris as game during the 19th century. However, they are now absent from South Harris and are only found in North Harris. Most often seen when they are surprised among boulders or scree slopes on the higher ridges. They are most active at dawn and dusk when they venture into the open.