You are here: Home > See and Do > North Rona 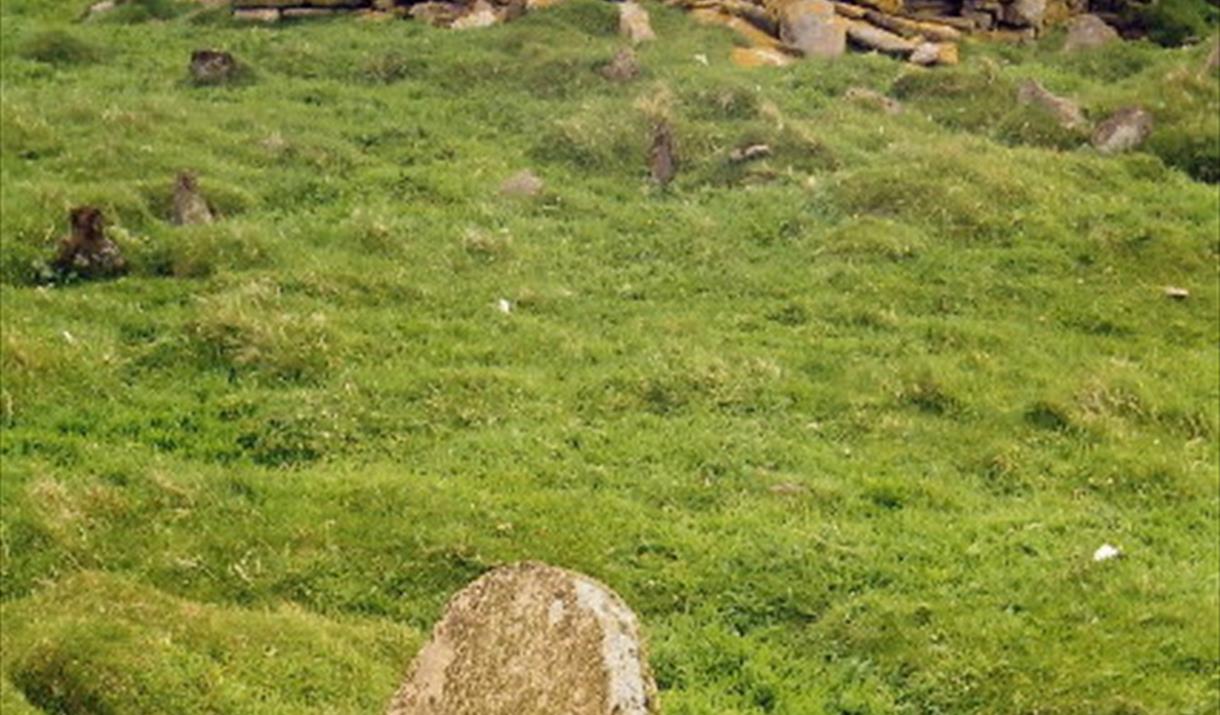 The name 'Rona' may have been derived from the Gaelic name for 'seal' or 'rough' island, but it has long also been associated with St Ronan, to whom the tiny oratory is dedicated. This simple, drystone chapel of distinctive 'Celtic' or Irish type appears to date from the 7th or 8th centuries AD, and is perhaps the oldest intact Christian chapel in Britain. It was lovingly maintained by the community of 30 or so people who lived there through the later medieval centuries, but of course was much too small for the worship of more than a few anchorites, and so a more commodious nave was added to its west end some time after about 1200.

Of great interest also are the houses in which the families lived, clustered around the chapel and its walled graveyard, and which consist of a central room surrounded by circular stone-built corbelled cells, forming an organic huddle under their crumbling stone and turf roofs.