You are here: Home > See and Do > Cleitreabhal Chambered Cairn/Wheelhouse 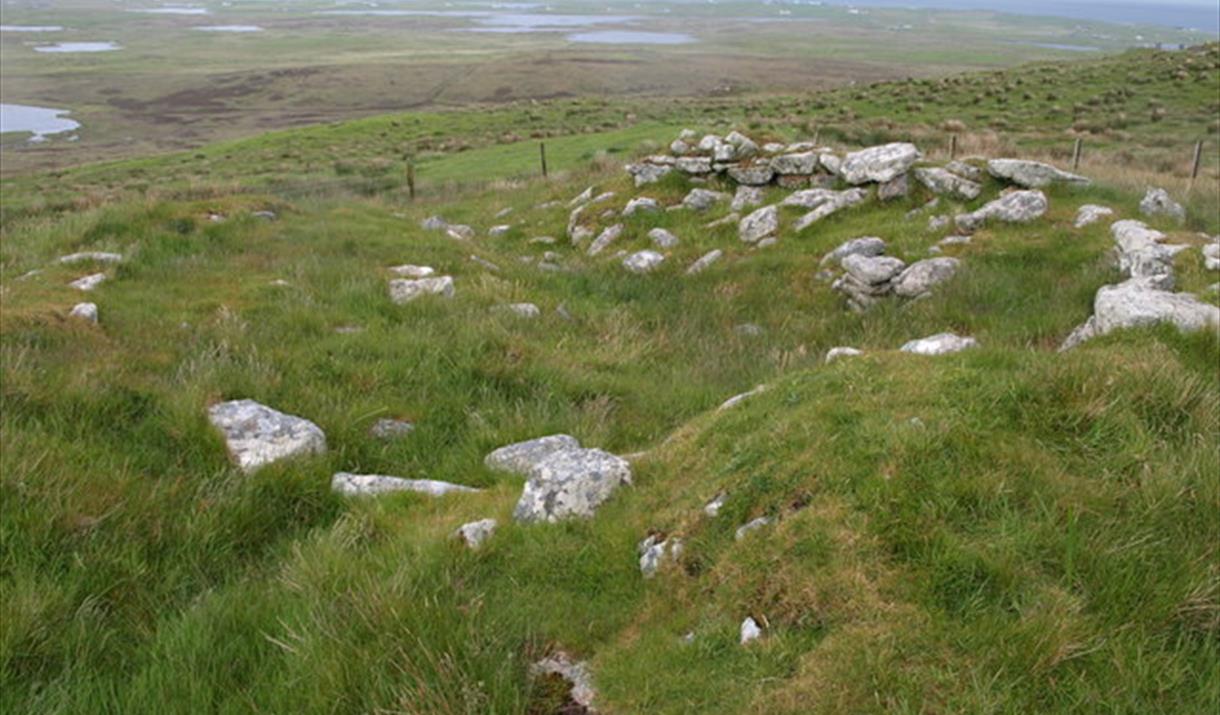 Image: Wheeled House on the southern slopes of Cleitreabhal a Dheas. © Copyright Vanhercke Christiaan and licensed for reuse under this Creative Commons Licence.

The wedge-shaped long cairn was at least 30 metres long, and has an impressive straight facade of fallen stones at the east end, giving entrance to a five-compartment chamber. It was excavated in the 1930s, producing small amounts of cremated human bone, burnt sheep or goat bone, and a mass of Neolithic and Beaker pottery.

The wheelhouse, with outbuildings and an enclosing wall, was built into the west end of the chambered cairn, taking advantage of the readily available building stone. The house is 7.5m in diameter, with four of its piers are still standing. Excavations produced pottery which dated from the end of the 1st century BC, to the 5th or 6th centuries AD.

Other prehistoric sites on this hill, include a standing stone, 1.5 metres high, about 150m south of the chambered cairn (NF 7505 7128), and another Neolithic chambered cairn (Tigh Cloiche) further down the southern slope of the hill (NF 7525 7100). It has been much affected by the erection of circular buildings on its north, east and south sides. Four of the orthostats (large slabs set upright) forming the sides of the central chamber are visible, and some of the corbelled roofing stones are still in position, alongside many other displaced roofing stones.