You are here: Home > See and Do > Eilean Dhomhnaill, Loch Olabhat 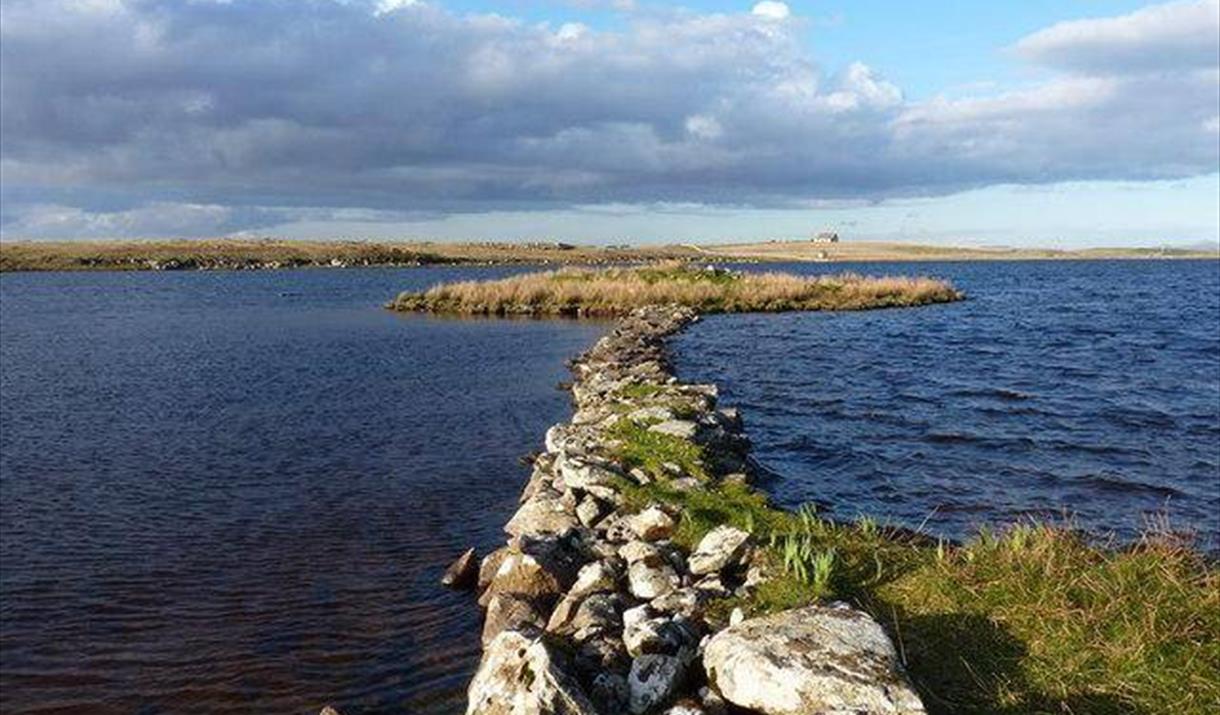 Image: The causeway to the settlement in Loch Olabhat © Copyright Richard Law and licensed for reuse under this Creative Commons Licence.

During at least its later period of occupation it was connected to the shore by a timber-built causeway. The settlement on it had a long and complex history, which has been revealed by extensive excavations in the late 1980s, except for the earliest, more inaccessible waterlogged phases.

Settlement began when the water level in the loch was much lower than today, and consisted of a series of houses, with ancillary buildings, rebuilt on the same spot over a long period of time. The later houses built on the islet were enclosed within a timber and stone wall. Each successive dwelling was built of stone or turf, and was rectangular or oval in shape, 5-6 by 3-4 metres in size, and accompanied by a series of outhouses. The interior of the main building was subdivided, and there was a central hearth defined by cobbles or paving. Large quantities of domestic waste (principally comprising organic material and pottery) was recovered from across the settlement, and it was through this accumulation of debris, together with the collapsed remains of the buildings, that the islet grew higher and so evaded the rising waters of the loch. Eilean Domhnuill can only be viewed form the loch edge.

Eilean Olabhat is located on a promontory on the south side of the loch (NF 7498 7528). Excavations on the small summit of the promontory show that it was occupied by first Iron Age and then early medieval buildings. The latter was a multi-cellular roofed building dating to the 6th to 7th centuries AD. In its final phase, it contained a hearth and fragments of moulds and crucibles associated with working bronze and perhaps other precious metals. The moulds were used for making personal ornaments such as pins and brooches, possibly representing reoccupation of the building by an itinerant bronzesmith who fashioned jewellery for those living in nearby high-status settlements.