You are here: See and Do > Cladh Hallan Roundhouses 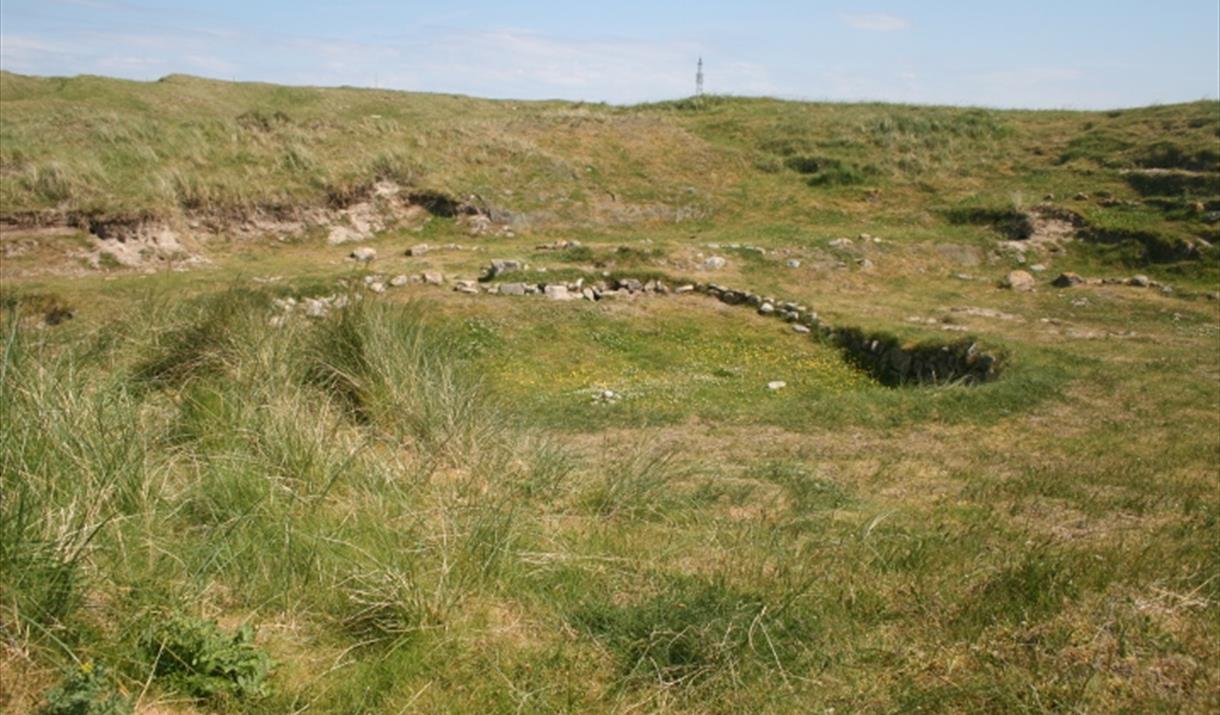 Cladh Hallan began around 2200 BC as a settlement and fields. Around 1250 BC the small U-shaped house form was replaced by a new type of house, the roundhouse. Roundhouses were built with a low stone wall and a timber roof covered in a thick reed thatch, and the floors were sunk below ground level. A row of probably seven of these roundhouses, one as big as 60 square metres, were constructed at Cladh Hallan.

Archaeologists have excavated three of these roundhouses as well as three other houses built after 700 BC in their vicinity. It was discovered that, in common with other roundhouses of this date from elsewhere in Britain, people's daily activities and indeed life cycles were arranged around the inside of the house in a sunwise (clockwise) fashion. Today you can see the outlines of the terraced row of roundhouses reconstructed in stone in the former sand quarry and, nearby, the remains of the better preserved of the two double-roundhouses (dating to 500 BC).