You are here: Home > See and Do > Borve Castle 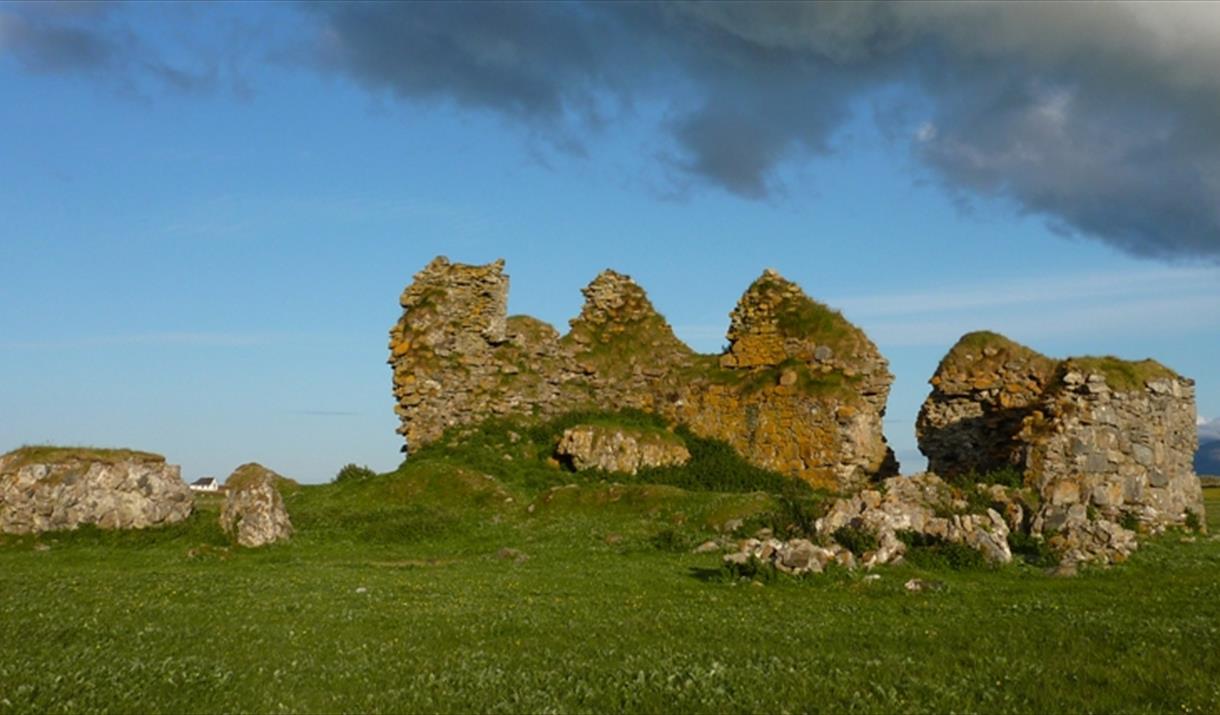 Borve Castle (Caisteal Bhuirgh), built by Amy MacRuairi, the first wife of John, Lord of the Isles, still stands in ruins in the village of Torlum. It was originally constructed between 1344 and 1363 and was occupied by the Clanranald until the 1715 Jacobite Rising, when it was abandoned.

In the 14th century, Casteal Buirgh was the most important castle not only in medieval Benbecula, but possibly in the Outer Hebrides.Today the greatly collapsed ruins stand on flat ground in a private croft, but its surroundings have changed dramatically since it was built.

Originally it probably stood on a small islet in a tidal loch, or on its shore. Since then loch has been infilled with deep wind-blown sand, creating a flat, dry machair. Only the two upper floors of the building are now visible above ground level: the original basement level is obscured by sand and collapsed masonry. It appears to have been originally built as a rectangular structure with a doorway at first floor level towards the eastern end of the south wall. There were no other openings in the surviving south or east walls. A crenellated forestair gave access to the first floor entrance, which was later much altered. At some stage the western wall of the castle was entirely dismantled, and an extended west section built on, with walls of a lesser thickness, of a different character, and at a slightly different angle to the earlier building. Unlike the original structure, there are a number of openings in this extension at first floor level, with a window low in the each of the south and west walls, and two small square slightly downward-pointing shafts in each wall which resemble gun-points.