You are here: Home > See and Do > Baille nan Cailleach 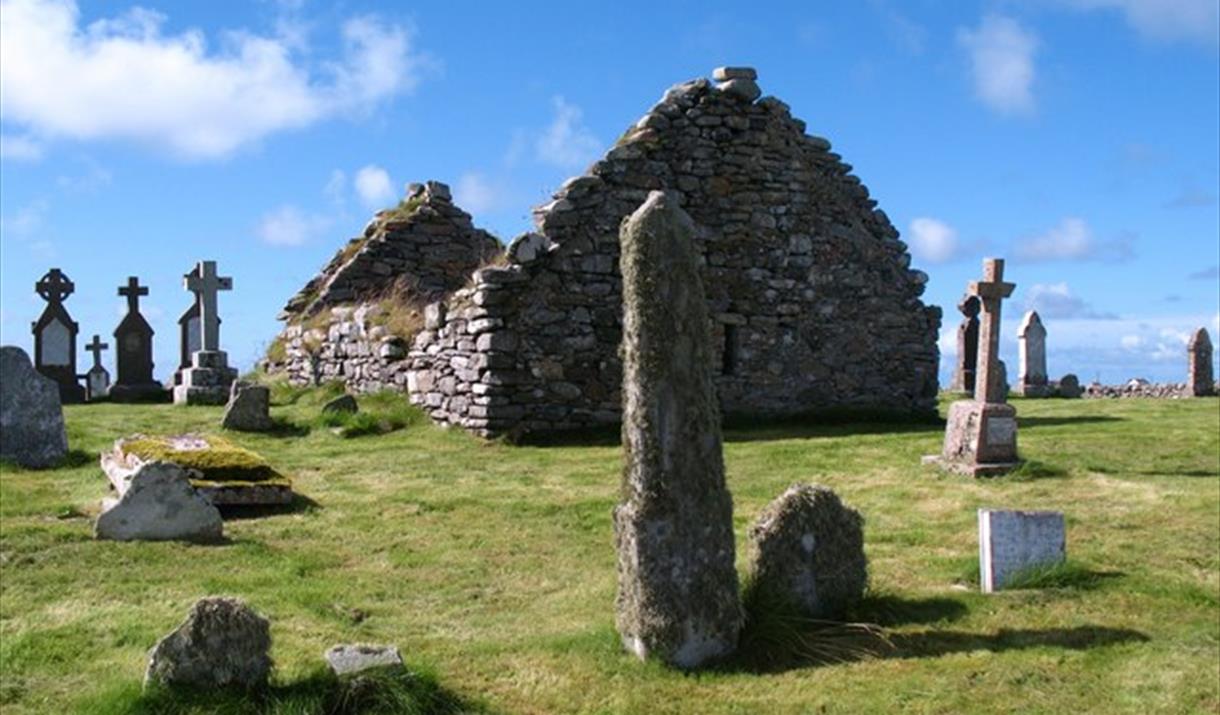 Image © Copyright Gordon Hatton and licensed for reuse under this Creative Commons Licence.

Only in the late 12th century with the end of Norse colonisation and settlement do the first outlines of church history on Benbecula emerge. From Somerled (d. 1164) descended the leading dynasties that were to rule the Hebrides and the territory of the Lordship of the Isles until the late 15th century. A key aspect of their power was patronage of the church and in particular their support of Iona.

A new Benedictine community of monks was established on Iona In 1203 by Reginald, son of Somerled, which gained control over all the churches in the Hebrides. Over time it also acquired lands in the Uists, including Baile a' Mhanaich, 'the township belonging to the monks'. Reginald also founded a convent of Augustinian canonesses on Iona with his sister, Behoc, as the first prioress. His son, Donald, was one of its earliest benefactors. Having travelled to Rome to repent to the Pope for a wild and violent life, Donald returned to Scotland to make amends through church patronage. This included granting the island of Heisgeir to the nuns of Iona. The other portion of land in the Uists granted to the Iona convent was Baile nan Cailleach, hence its name, meaning the 'township belonging to the nuns', The dedication of the chapel, Teampull Mhuire, to the Virgin Mary, underlines this link.

Patronage enabled the church to fulfil its core function of spiritual and pastoral care, through a resident ordained clergy and access to Mass and the sacraments. It is unclear how this operated within the islands at a local level but the burial ground of Cladh Mhuire would have been integral to it.