You are here: Home > See and Do > Aird ma-Rhuibhe 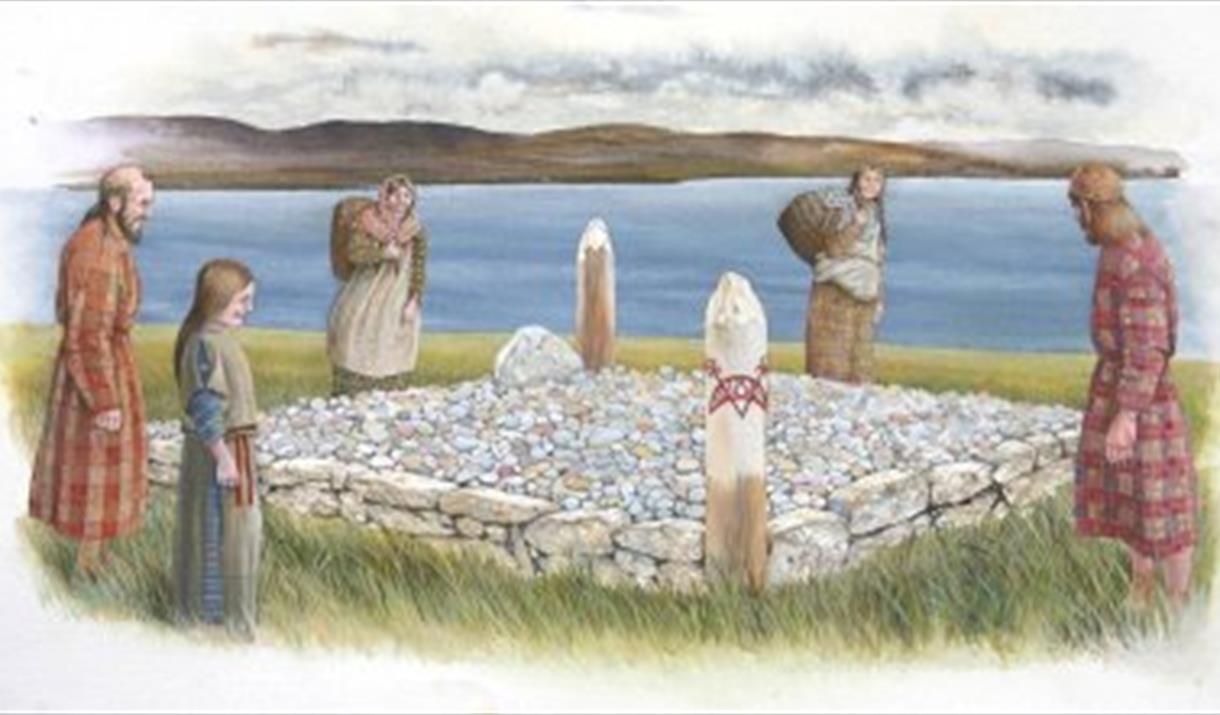 This is a rare example of a distinctive group of cairns known as Pictish square cairns, more commonly found in Eastern and Northern Scotland. Built up from the bedrock in a prominent position, a large stone-built platform measuring 3 metres square was raised. There may have been wooden posts set at the north and south corners, perhaps even decorated with Pictish symbols, of which nothing now survives. The grave itself was constructed diagonally between the north and south corners, again built up from the bedrock, and the body would have been laid fully extended within, although no human remains survived. Then a cairn of pebbles was raised over the entire monument.

Surprisingly, the pebbles seem to have been gathered from field clearance in different areas of Berneray rather than from the nearby shore, so they may have had particular symbolic significance.

Two other square cairns to be found in the Outer Hebrides are in South Uist at Cille Pheadair and South Glendale. The burial at Cille Pheadair was dated to about 700 AD, and contained the body of a woman aged about 40. The closest parallels for the Uist burial cairns are found in Shetland.

The Picts were inhabitants of northern Scotland between the 3rd and 9th centuries AD. The heartland of their culture is found in north and east Scotland, but we do not know whether the people of the Hebrides considered themselves to be part of that group of people, or whether the Picts were a distinct people who traded and occasionally settled here.

This cairn was identified in 1998 during archaeological survey in advance of the building of the causeway and the new ferry slipway.