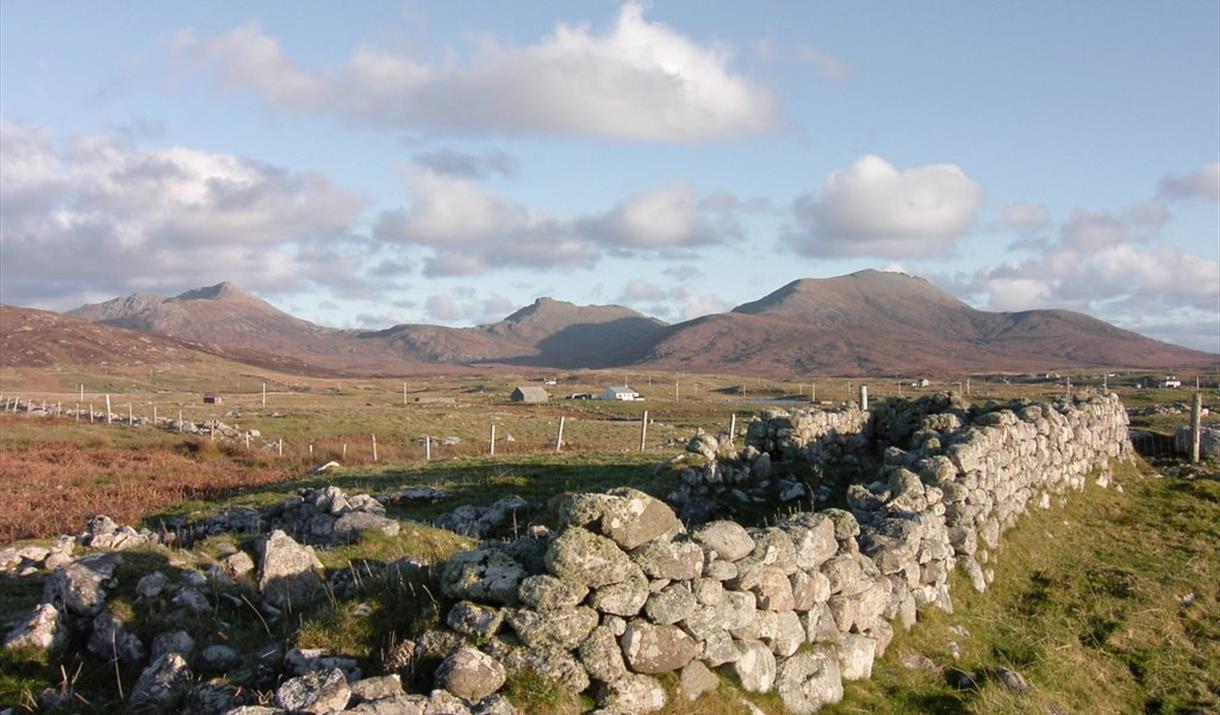 Neil MacEachen was born here in 1719.  He was to sent to France to train as a priest. However, on his return he became a tutor to the children of the Captain of Clanranald at Nunton, Benbecula. There is a suggestion that prior to his return he was in the pay of the French army and after Culloden he was certainly ideally positioned to help the Prince evade the Hanovarian troops and effect his escape from Uist and ultimately across to France.

Neil MacEachen escaped to France with the Prince. He changed his surname to MacDonald, raised a family with a French woman but died in relative poverty in Sancerre in 1788. His son Alexandre joined the French army where he reached the rank of general. After the battle of Wagram General MacDonald was made a Marshal of France by Napoleon and given the honorary title of Duke of Tarentum. In 1825 Marshal MacDonald came to Uist to visit his father's birthplace at Howbeg.

Neil MacEachan, the Multilingual Uibhisteach Jean-Didier Hache and Tommy Macdonald discuss in English the life of Neil MacEachan, Bonnie Prince Charlie's guide while he was on the run in the Hebrides.

Uist and the French MacDonald - Jean-Didier Hache is a frequent traveller between Paris and Uist, having the good fortune to have a home in each location. He is also a writer and historian, among other things, and so is perfectly placed to offer Tommy Macdonald a French perspective on the Bonnie Prince Charlie story.

The French MacDonald Jean-Didier Hache discusses in English with Tommy Macdonald the remarkable story of Neil MacEachan's son, "The French Macdonald", who rose through the ranks of Napoleon's army.

Link back to the first location: Location A - Coileag a Phrionnsa

* Birthplace of Neil MacEachen protector of Bonnie Prince Charles and father of Alexandre MacDonald, Marshall Of France & Duke of Tarentum.