You are here: Home > See and Do > Hecla Walk 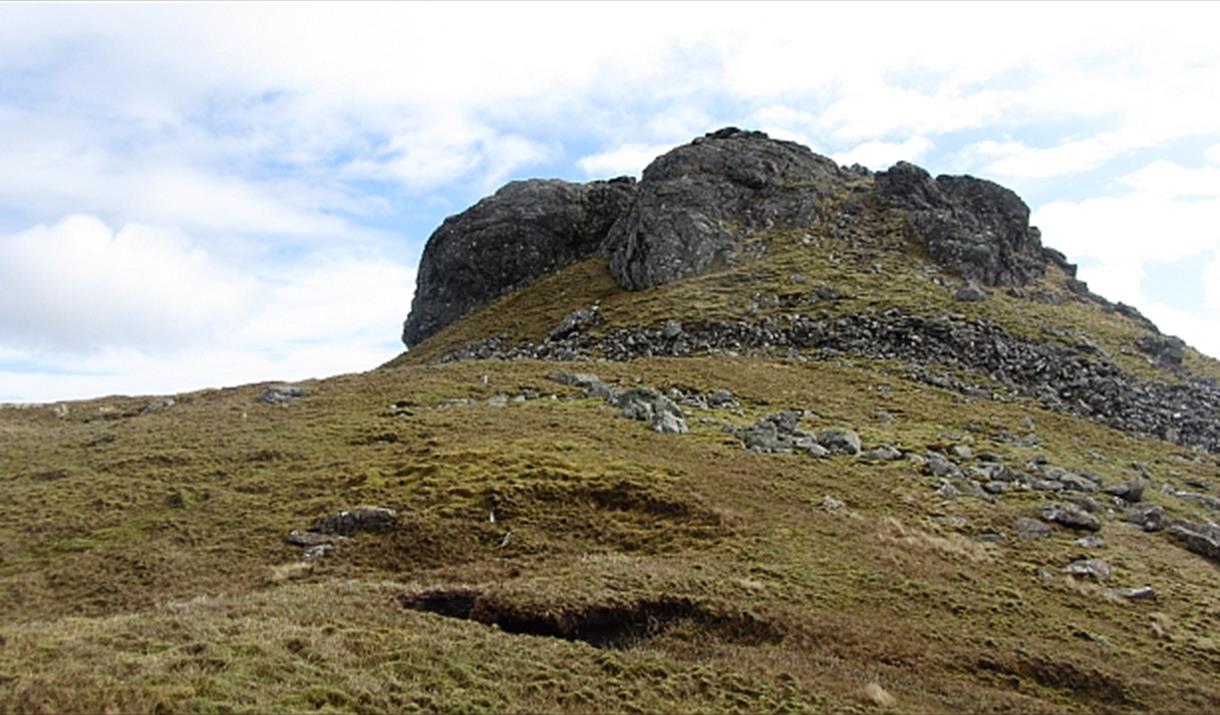 This walk has been written by a regular visitor to these islands, Martin Margulies. The articles first appeared in Am Paipear, and extracts are reproduced here with his permission. In 2011, the walks were collected together in a book, called Mhor and More.

Start from the improved Loch Skipport footpath, near the end of the Skipport road. Follow the path as it ascends, and then, shortly before it peters out, turn right across flat, often marshy, ground. You will come to a stream that meanders off to the right. It is no easy task to walk along either of that stream’s rugged banks. But if you persist, you will be rewarded when the stream opens out suddenly into Loch Spotal, one of the island’s hidden treasures, across from the dramatic palisades of Ben na h-Aire. Circle around the right – that is, the western – edge of Spotal and pick your way through the heather beyond it. You will see, to Hecla’s left, a vivid green patch on the hillside. Climb the patch – it is steep but easily traversable – and you will end up just below and to the east of Hecla’s craggy peak.

Please note: there is a magnetic anomaly that renders compasses useless on Hecla’s slopes.