You are here: Home > See and Do > Bird of Prey Trail - Ravenspoint 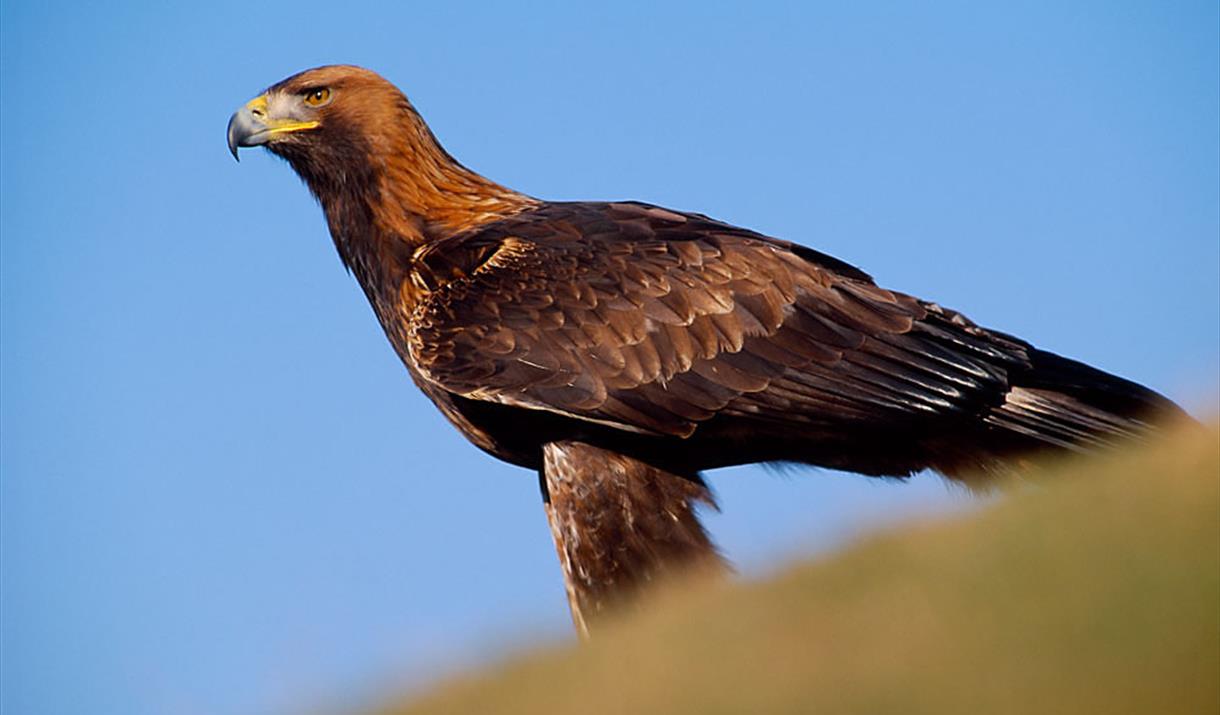 The Ravenspoint visitor centre is a cafe, hostel, shop and museum on the shore of Loch Erisort managed by community charity. The cafe offers good views over the sea loch where white-tailed eagles are often seen. This is also an excellent base from which to explore the Pairc peninsiula, a stronghold for the white-tailed eagle.

Ravenspoint is open all year. Opening times can be found at www.ravenspoint.co.uk

Buzzards are often referred to as the tourist’s eagle as they are often mistaken for eagles. It can be difficult to get a sense of scale when viewing a bird’s silhouette in the sky and despite their difference in size, buzzards, golden eagles and white-tailed eagles can be difficult to tell apart.

On the Outer Hebrides, buzzards are commonly found in lowland areas and are regularly seen perching on fence posts or telegraph poles close to the road. They are very vocal and have

an easily recognisable ‘mewing’ call. Both eagle species are much larger with longer and broader wings. They flap less frequently and more slowly than buzzards and spend much of their time soaring and gliding. Golden eagles have long elegant wings and tail and are usually seen over remote moorland areas. White-tailed eagles are slightly larger than golden eagles with broader wings and a short wedge shaped tail. They are most often seen on the coast but in the Outer Hebrides the habitats of all three species overlap.

How to get there?

Turn onto the B8060 from the A859 at Balallan following the signpost to South Lochs. Ravenspoint is 5 miles along the B8060 in Kershader.