You are here: Home > See and Do > Bagh Hartabhagh Walk 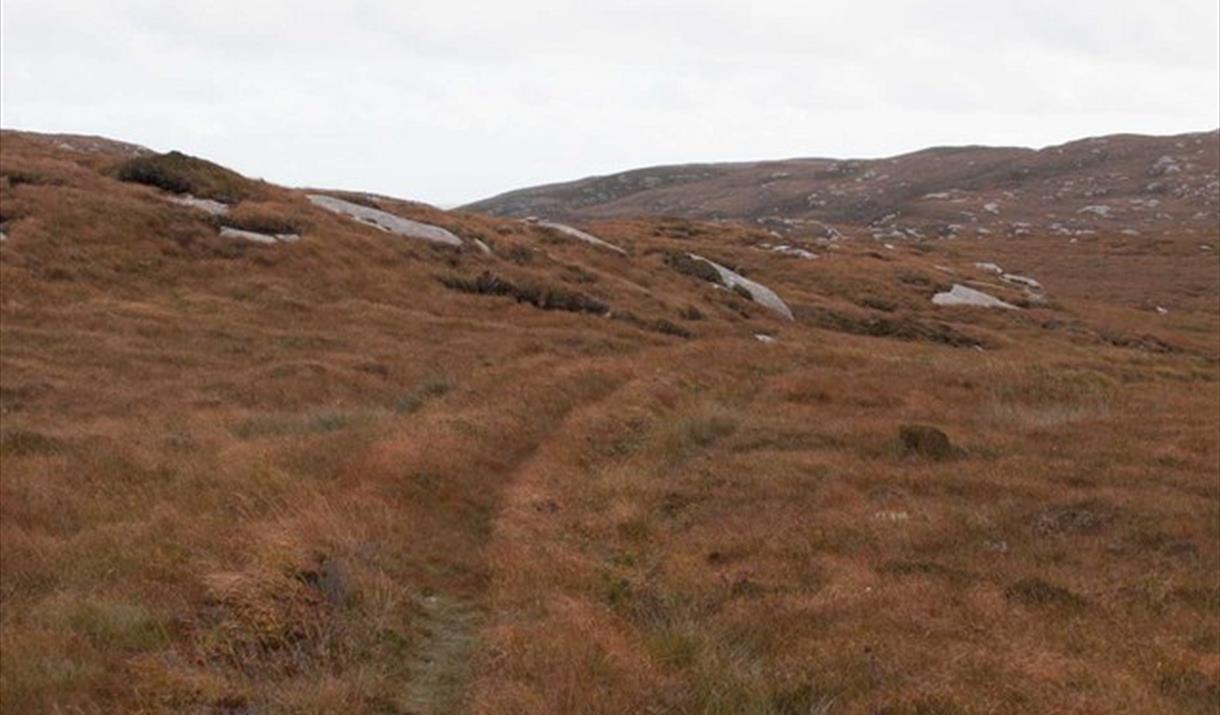 This walk has been written by Martin Margulies. The articles first appeared in Am Paipear, and extracts are reproduced here with his permission. The walks have been collected together in a book, called Mhor and More.

2.5 miles beyond North Glendale on the east of South Uist.

There was a path of sorts, although that is a courtesy title: wet and treacherous even in August, it functions, at all times of year, more as a guide than as a serviceable walkway.

Extending past the ruins of the old South Glendale School on the left, the path stops abruptly at Broken Bridge, then resumes on the far side of Abhainn Marulaig. “Abhainn” means either stream or river, and Marulaig is one or the other, depending on the season. Broken Bridge itself is aptly named, for the bridge that had once connected the two sides has long since toppled into the water. But there are stepping-stones, a few yards south, which will carry the hiker across -- during the dry months, anyway.

East of the abhainn, the path winds and dips, until Bagh Hartabhagh looms ahead. Besides being a place of almost ethereal beauty, the bay is lined with the remains of cottages, some of them quite substantial, formerly belonging to crofters who had been “cleared” there from the machair but could not sustain themselves in so desolate a spot.