You are here: Home > See and Do > The Deserted Village of Stiomrabhaigh (Stemreway) 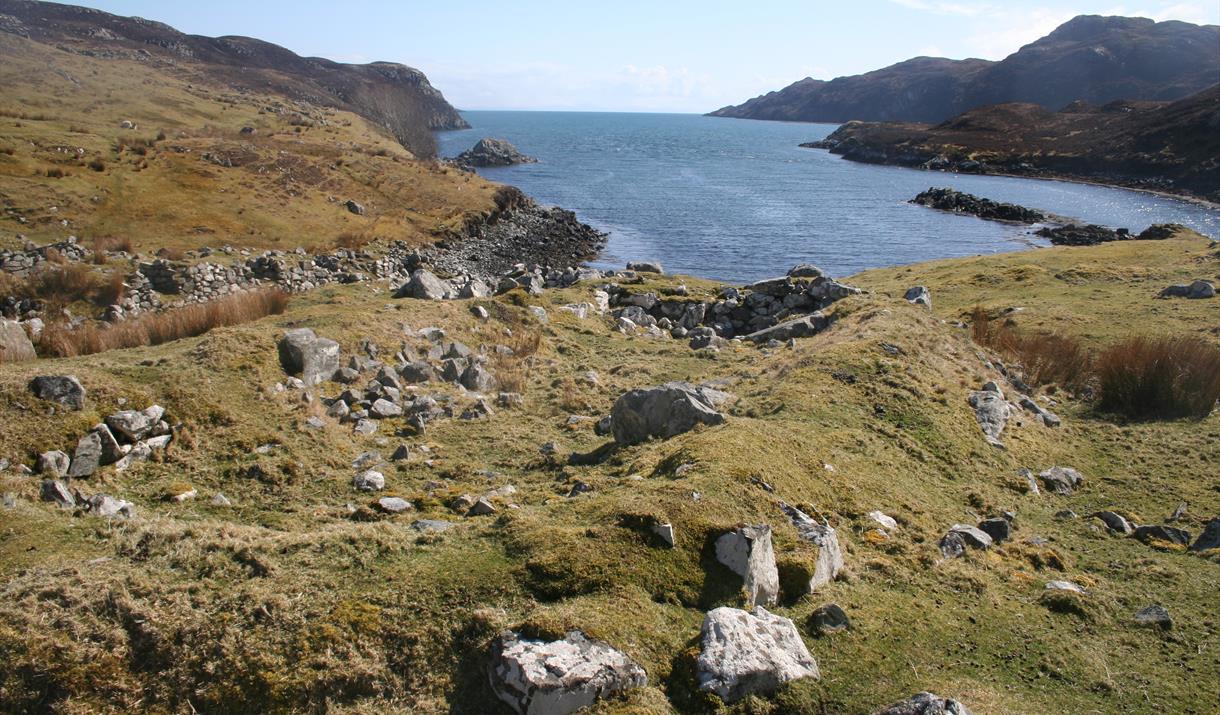 The South Lochs and Pairc area of south east Lewis is one of the most remote and sparsely populated regions of the UK with a population little more than 400. Yet this was not always the case. Until the 19th century there were in excess of thirty townships scattered along the sea lochs and around the coast. Getting to many of them on foot would be a major undertaking. Thankfully you sample the remoteness of these lost townships by visiting Stiomrabhaigh which is less than 2km from the nearest road.

The census of 1851 shows that the village consisted of 16 dwellings and supported a population of 81. By 1858 there were none. Clearances had been well underway in the area during the first half of the 19th century; many of them brutal and uncaring. The residents of Stiomrabhaigh were better placed than most in that they leased their crofts directly with the land owner. But when these expired, they accepted an offer of crofts in Leumrabhagh. Lewis was relatively prosperous right up until World War I, which put an end to the herring trade with Russia and Eastern Europe and in spite of the clearances, the increasing population put pressure on land. There were numerous requests to resettle Stiomrabhaigh, all of which were resisted by the landowners and it was not until 1921 when Lord Leverhulme abandoned his ambitious plan for Lewis that crofters returned to the township. Even the resettlement was marked with tragedy as two young men were drowned while transporting household goods from Calbost. These settlers were never officially recognized as crofters by the government; they received no help and no road was built to the township. Given the difficulties of living without facilities, over the next twenty years, a number of the families drifted back to Leumrabhagh. At the start of World War II only two families remained and by the end of the 1940’s, Stiomrabhaigh was once again deserted. Today there is much of the township to be seen; its ruined buildings, lazybeds and field walls standing in splendid isolation between the moor and the sea.

[This walk is described in detail and illustrated with Ordnance Survey map extracts in 'Walking on Harris and Lewis' by Richard Barrett, published by Cicerone Press 2010. Unless otherwise indicated, all images used here are copyright of the author.]