You are here: See and Do > Rueval to Rossinish Walk 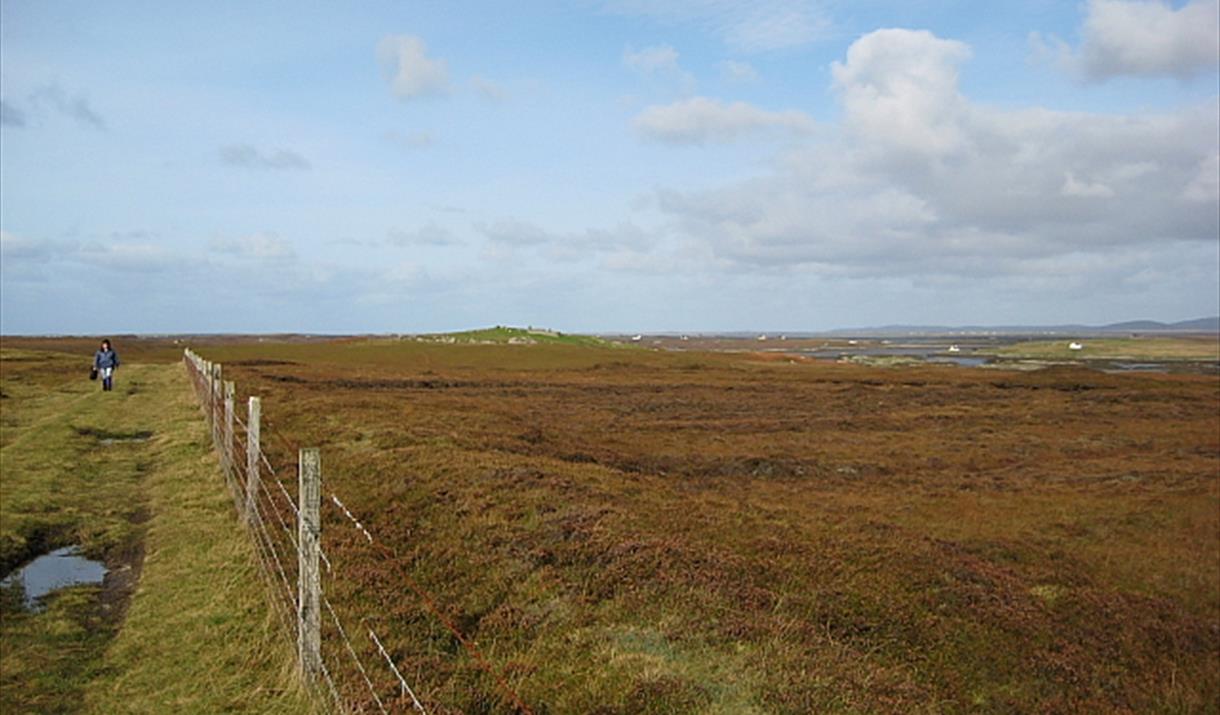 This walk has been written by Martin Margulies. The articles appeared in Am Paipear, and extracts are reproduced here with his permission. The walks have been collected together in a book, called Mhor and More.

The walk begins, unpromisingly, at the island dump site, which one passes (as rapidly as possible) on the left. The digression rears up immediately afterward: Rueval, which at 124 metres (about 400 feet) is Benbecula’s tallest hill. It is worth a detour. Don’t turn off the path to climb it until you are due south of it; otherwise you will encounter boggy ground even at the driest times of year. It is at most half an hour from the path to the top. To save yourself time, do not retrace your steps going down; instead, descend via Reuval’s eastern slope. The angle is mostly gentle, and you can rejoin the path soon after reaching the bottom.

If you want to see Rossinish, though, keep going straight, along the northern branch of the pathway. The path narrows, hugging the edge of a low cliff above the water (don’t worry; it isn’t as scary as it sounds), then ends at an estuary that has no name on the ordinance map.

Cross over a short isthmus – the ground here rises slightly, but is easily traversable – and you will be on the peninsula. Rossinish it is flat, open and grassy, with a magnificent white sand beach on its eastern shore, well-preserved ruins of what must once have been substantial houses, and breathtaking views of North Uist.