You are here: Home > See and Do > Peter May Trilogy - Sollas Beach 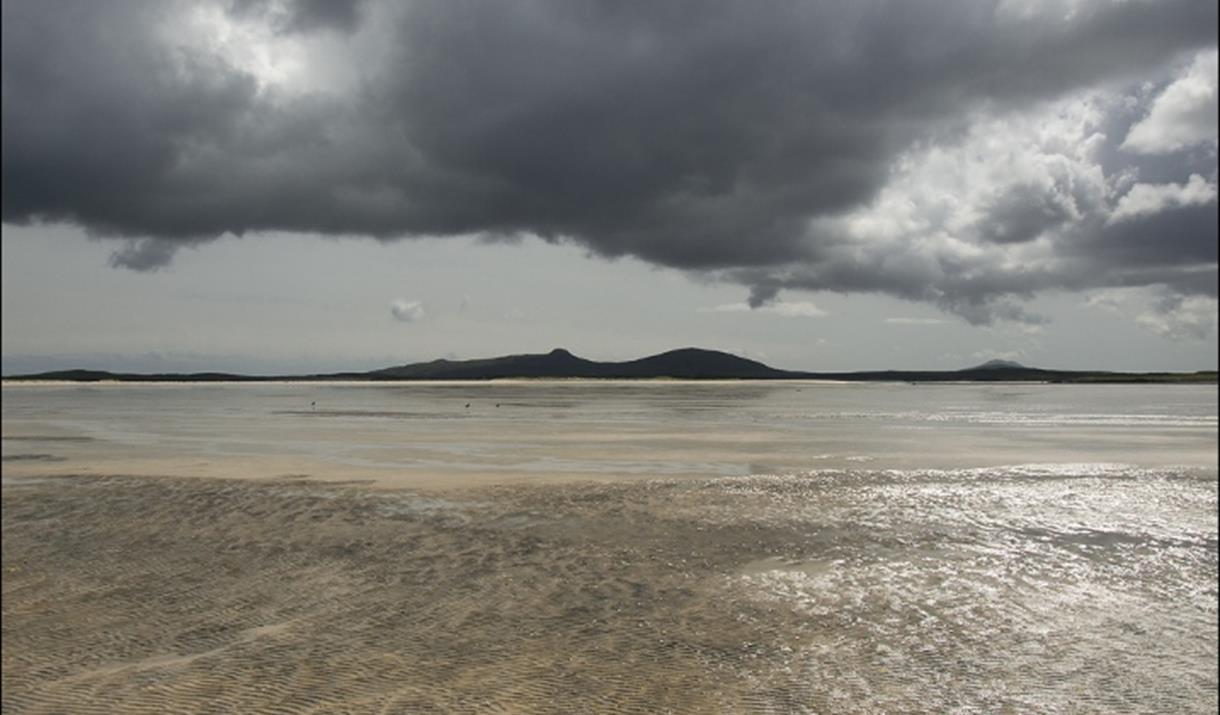 Sollas beach is featured in The Chessmen as the location of a drug smuggling tryst resulting in a murder. A light aircraft is found in among the hills in Uig at the start of the book. The story eventually leads to Sollas beach, which is known for its beach fly in, and was where the aircraft had come from on its final journey. The flights to Sollas had started out as an innocent trip,but eventually it became clear that it was a way to smuggle drugs:

"....'Anyway, she'd read about it somewhere, she said. In some magazine. That it was possible to land a small aircraft on the sands at low tide. It was almost midsummer, and she thought it would be romantic if we could fly up there and land on the beach at midnight, and picnic throught the summer solstice. Maybe even stay overnight. Sleep under the stars' "

In the summer the village hosts "Sollas Week" with lots of activites, ceilidhs and compettions, usually taking place in July. Stop off at Taigh Sgire Sholais for a cuppa or let your creative juices flow at workshops held at Sollas Bookbinding. If you are interested in Archaeology, it is worth visiting The Udal which was occupied from Neolithic age through to the early 20th century.

The nearby Traigh Iar. is a stunning stretch of white beach, backed by sweeping dunes, which are in turn bordered by the rich machair grasses. The Sands make a great place for a picnic and at low tide you can even walk across to the island of Vallay – once home to linen maker George Beveridge. Vallay, a tidal isand which becomes cut off when the waters rise, has remained uninhabited since the owner was killed in a boating accident and his house now stands in ruins as nature reclaims the land he once prized.