You are here: Home > See and Do > Peter May Trilogy - Ceit's (Catherine's) House Eriskay 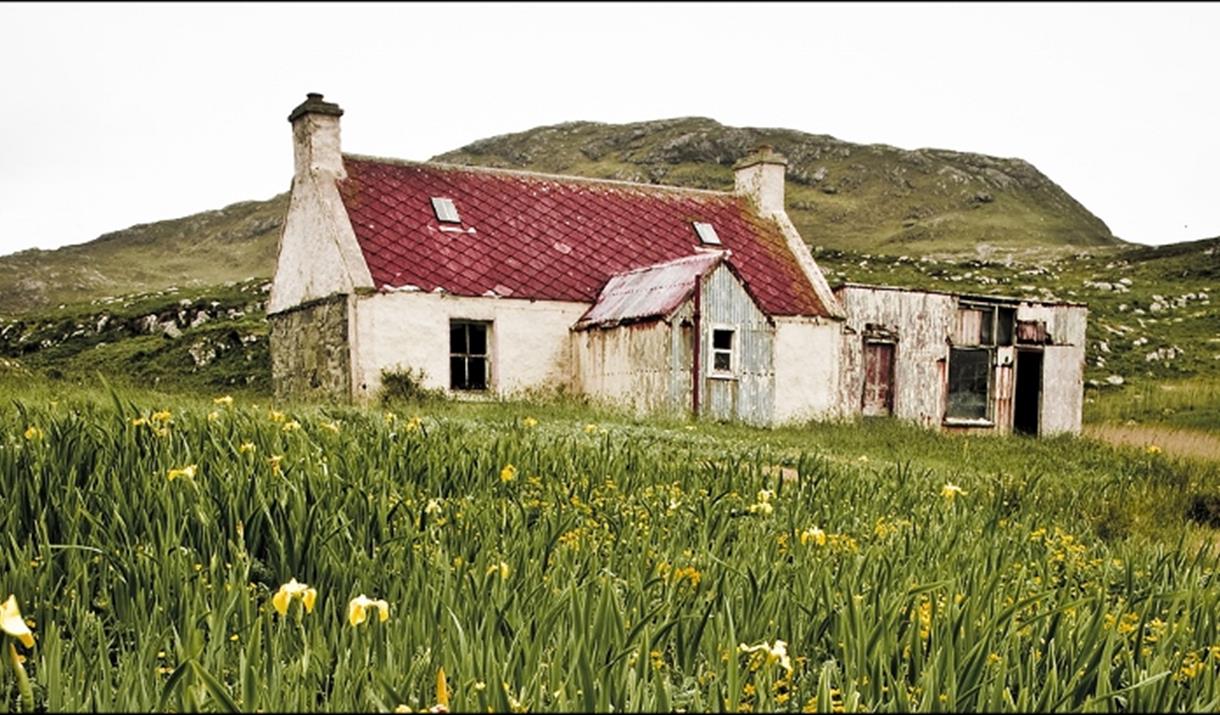 In the book, The Lewis Man, two teenage brothers, Peter and Johnny and a young girl, Ceit are brought to South Uist.  They were referred to as "homers" as they had been in an orphanage and the Catholic Church had shipped them to South Uist and boarded them out with a families in Eriskay. This house in Eriskay is where Peter May imagined Ceit, to have been boarded out to and spent her adolescence - with the O'Henley's. Following the find of a body in a bog  in Lewis, Fin's investigation leads him to Eriskay:

"'I am looking for the old O'Henley croft.'

And he turned and headed back over the rise towards the old jetty, his dog running ahead, leaping and barking at the wind. Fin followed him until he stopped at the quayside, the little bay stretched out ahead of them.

'That yellow building over there on the left - that used to be the village store and post office. Run by a chap called Nicolson. I think he was. The only protestant on the island'. He grinned. 'Can you imagine?'

'Just up beyond that on the right you will see the remains of an old stone cottage. That's the O'Henley place. But she is long dead. Widowed quite young too. She had a wee lassie that stayed with her. Ceit, if my memory serves me well. But I'm not sure that she was her daughter.'"

Extract from The Lewis Man by Peter May

Eriskay has provided much inspiration to the arts, prompting the penning of the famous Hebridean song, the Eriskay Love Lilt as well as furnishing the storyline for one of Scotland’s most famous stories and film – Whisky Galore. Pop in to the  Am Politician for a dram or a bite to eat or both, where whisky from the SS Politician is displayed behind the bar.

You can stroll along the white sandy beach, where Bonnie Prince Charlie is said to have landed or you can do a circular walk starting at the Am Politician, by going along the beach, back up along the road until you get back to the Am Politican. Click here for the route.

Eriskay marks the start of the Bonnie Prince Trail, which  tracks the movements of Bonnie Prince Charlie in Eriskay, South Uist and Benbecula. There are walks and points of interest you can visit and the webpage gives a brief history and is enriched with songs, interviews, comedy clips and stories of his time on these islands.