You are here: Home > See and Do > Peter May Trilogy - Barvas Moor Shieling 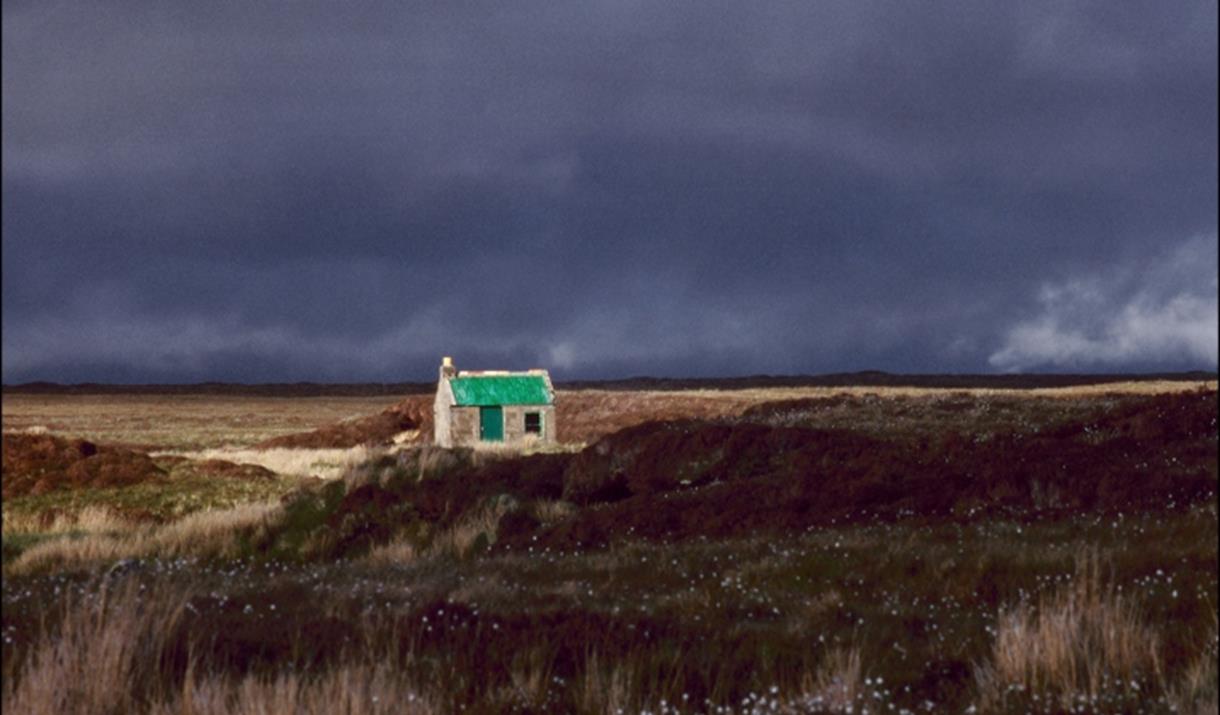 In The Blackhouse, this shieling marks the spot of Fin's parents' fatal car crash halfway over the Barvas moor. Following this, he goes to stay with his aunt.

"I was in shock. All that day the house seemed full of people. My aunt, some distant cousins, neighbours, friends of my parents. A succession of faces fretting and fussing over me. It is the only time I ever heard any explanation of what happened. My aunt never spoke to me about it once in all the years I lived with her. Someone said - I have no idea who, just a voice in a crowded room - that a sheep had jumped up from the ditch, and that my father had swerved to avoid it 'by that sheiling on the Barvas moor, you know, the one with the green roof'".

Extract from The Blackhouse by Peter May

There are many Shielings or "Airighs" (Gaelic name) throughout Lewis, usually found way out in the moorlands. They were once used by crofters and their families in the summer months so that livestock would benefit from better grazing. Very few are in use today, but some can be seen along the Barvas Moor and the Pentland Road, from Marybank to Achmore.

Along the Barvas moor you will see many peatbanks. Peat was traditionally the main source of fuel on these islands. Although on the decline, it has made a bit of a recovery over the past few years due cost of other fuels such as coal, oil and gas.

The village of Barvas has a great wee beach to stroll along, and also at the end of the village is Morven Gallery which is a must stop off for a cuppa and browse through the gallery and gift shop.