You are here: Home > See and Do > Northton Machair and Temple 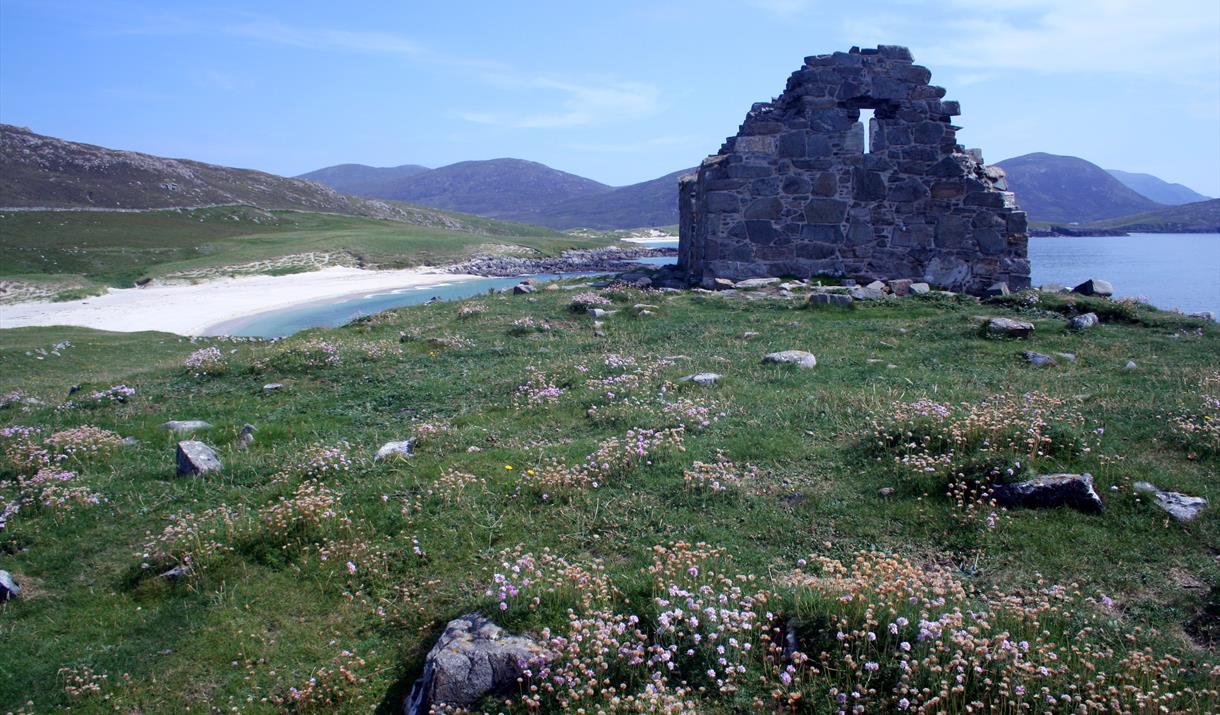 This wonderful little walk is suitable for all ages. It goes over the Northton machair, the low-level coastal plain that runs along much of the Atlantic coast of the Outer Hebrides. It is formed by the wind blowing fine sand that is high in shell content onto the boggier acidic grasslands. This results in a rich fertile pasture able to support livestock and a multitude of wild flowers which clothe the ground during late spring and early summer. It leads to the Teampall - a ruined chapel that sits on a headland beside the remains of an older dun, which probably provided much of the materials, the present Teampall or chapel dates from 1528 when it was built by Alasdair Crotach, Chief of the MacLeods in the same year that he built the church at Roghadal. The roof would have been thatched with reeds from the nearby stream and the interior whitewashed with lime-rich shell sand. Being accessible for those living on the rich western coastal machair and the then populous islands of Pabbay and Berneray to the south, it served as the parish church for the whole of Harris before falling into disuse in the early 16th century.

[This walk together with an ascent of Ceapabhal are described in detail and illustrated with Ordnance Survey map extracts in 'Walking on Harris and Lewis' by Richard Barrett, published by Cicerone Press 2010. Unless otherwise indicated, all images used here are copyright of the author.]