You are here: Home > See and Do > Northon Temple (Rubh' an Teampaill) 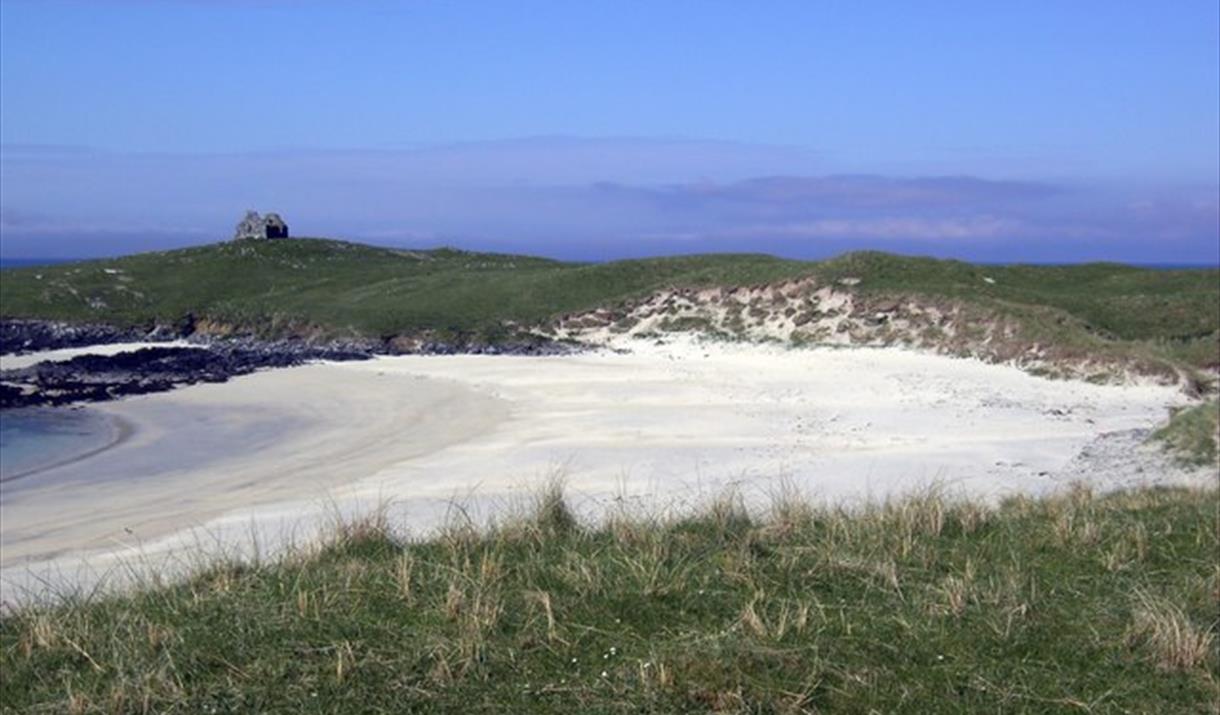 There is an eroding prehistoric settlement mound, which produced evidence from the Mesolithic, Neolithic and Beaker, and Bronze Age periods. A little further along the shore, on the headland of Rubh' an Teampuill, are the ruins of a small late medieval chapel. A closer look indicates that next to the chapel are the footings of an Iron Age broch, which probably supplied the source of building stone for the chapel.

From the intervening periods are indications of defences, buildings and graves, and from an earlier period are groups of 'cup marks' on the outcropping rock between high and low tide marks.