You are here: Home > See and Do > Clisham Horseshoe 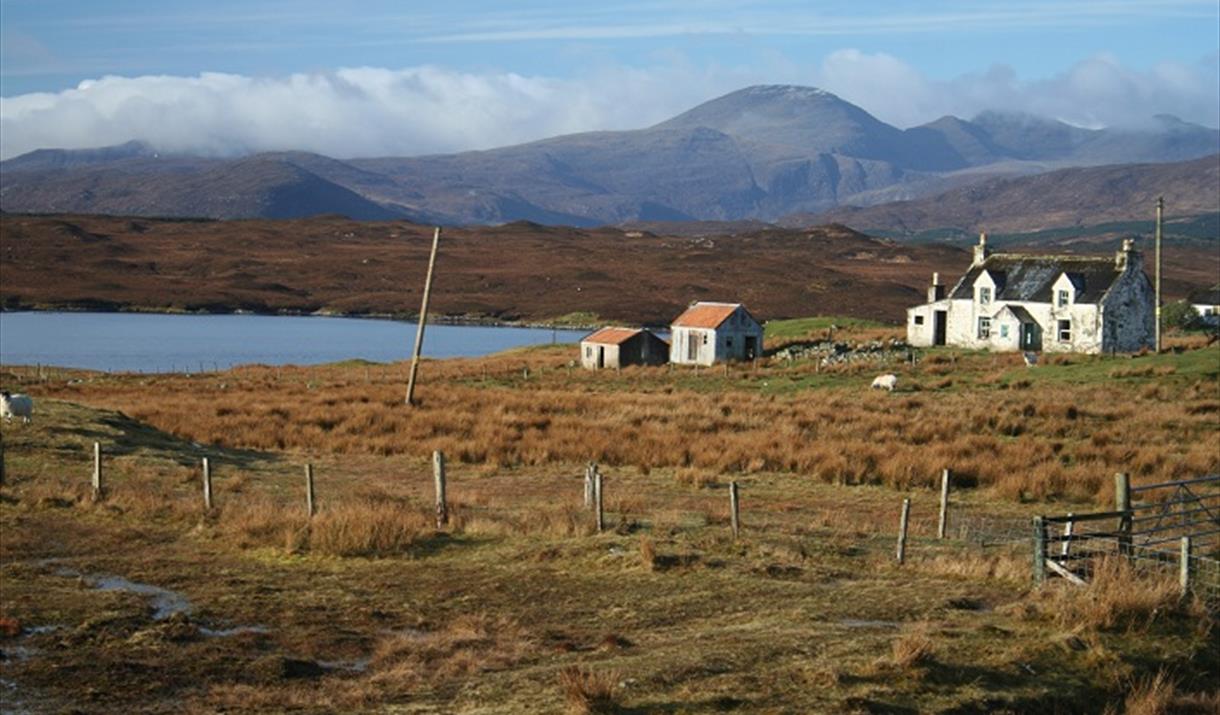 Most people ascend An Cliseam by a direct assault from the south east leaving their vehicle at one of the many good parking places along the A859. It’s a short, sharp climb; gaining some 650m in 3km and fine if you’ve only a couple of hours to spare. As you near the summit, there is an unpleasant boulder field to negotiate and I wouldn’t be surprised if ascending this direct route deters many visitors from ever considering hill walking in Harris ever again. There are better ways to climb An Cliseam. This route makes a day of it, steadily gaining height at a more leisurely pace and arriving at The Cliseam from the northwest along the ridge formed by Mullach an Langa, Mulla-Fo-Thuath and Mulla-Fo-Dheas. There are a number of sections that involve some easy scrambling and others that are best avoided by dropping off the rock to gain a lower path. Anyone who is confident moving on rock will enjoy the route, but it’s no place for novices, especially in poor visibility. But on a clear day, a traverse of the ridge with An Cliseam in front of you and the view of West Loch Tarbet, Taransay and Atlantic Ocean unfolding below you is one that will be remembered for a long time.

This walk is covered in detail including extracts of Ordnance Survey 1:50,000 maps in the Cicerone guidebook 'Walking on Harris and Lewis'.