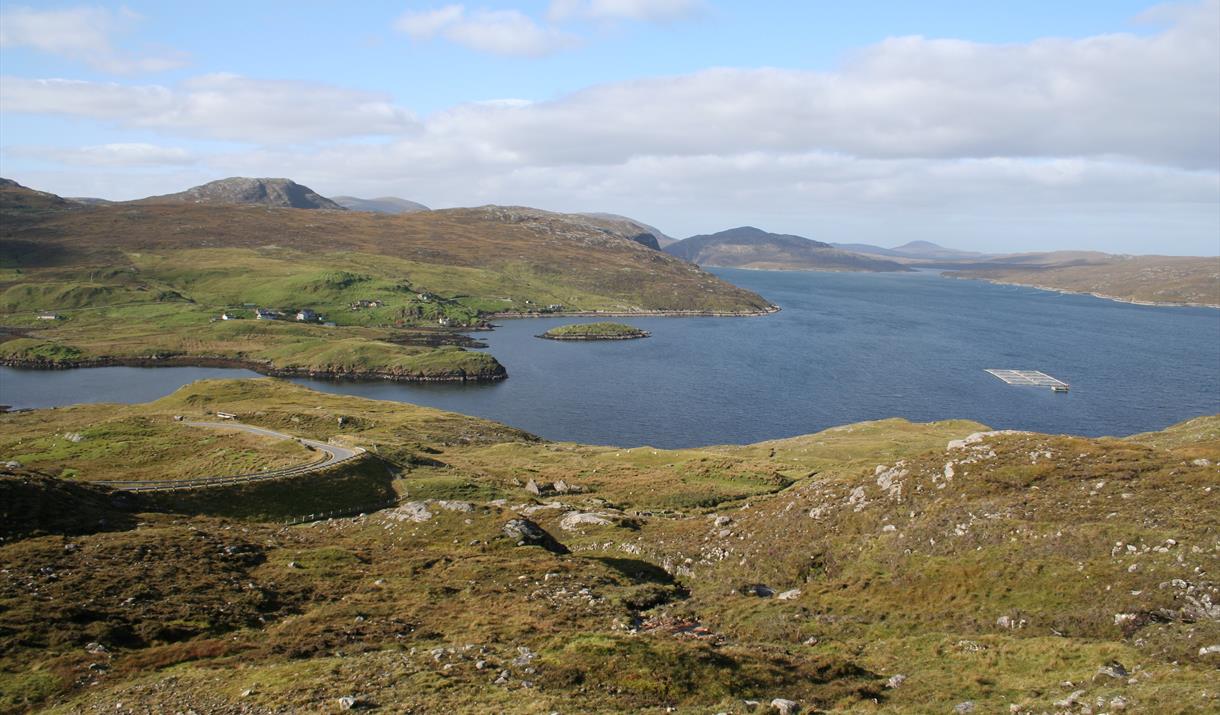 Although a short route and an easy climb, the summit of Cleit Ard gives fine views north and south along Loch Seaforth. This 23km long sea loch marks the boundary between Harris and south east Lewis and is positively fjord-like, hence its name Loch Seaforth. As an alternative, an ascent of Cleit Ard could start and finish from the north side, parking a vehicle alongside the road near the bridge over the Abhainn Scaladail (NB183098) and taking the path that leaves the road beneath Caisteal Ard (NB186096). The approach from the south described here offers better off road parking on the sections of the old main road.

Whichever ascent you choose. rest awhile and take in the magnificent views; An Cliseam and its neighbours to the west, Tòdun to the south and Bheinn Mhòr prominent across Loch Seaforth. If visibility is good, you can actually see the fertile, green pasture at Ceann Mòr (NB223067) on the opposite shore of Loch Seaforth trapped between Tòb a Tuath Tuath na Ceanna Mhoire and Tòb a Deas na Ceannamhoire. Ceann Mòr was one of over thirty townships systematically cleared to make way for the Pairc sheep farm in the first of the nineteenth century. With the aid binoculars, two more, less prominent townships can be picked out further inland along the loch at Gilmhicphaic (NB 217083) and Scaladale Beag (NB 220100).

[This walk is described in detail and illustrated with Ordnance Survey map extracts in 'Walking on Harris and Lewis' by Richard Barrett, published by Cicerone Press 2010. Unless otherwise indicated, all images used here are copyright of the author.]