You are here: Home > See and Do > St Peters Episcopal Church 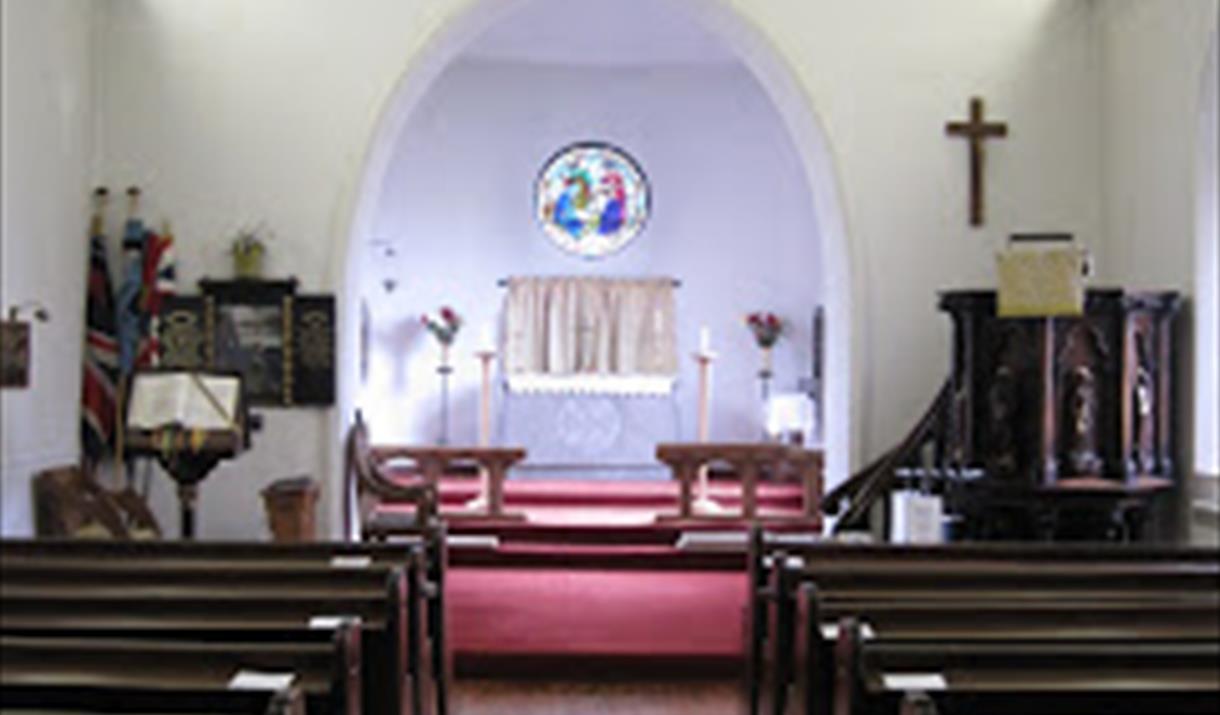 St Peter's Church was built in 1837-8 and dedicated in 1839; it was consecrated in 1898. The chancel was added in 1954 by George Macnab. It is a simple harled rectangular church with a pinnacled tower at the west end.

The oak pulpit with statues of saints came from King's College, London. The stone bowl used as a font was brought from the Flannan Isles; it stands within a modern font. Stained glass windows of Faith, Hope & Charity, 1898; Adoration of the Shepherds, Abbey Studio, 1954. The organ, by Bevington & Sons, was a gift from Lady Matheson in 1887; it was repaired and restored in 1985 by Johnson of Derby.