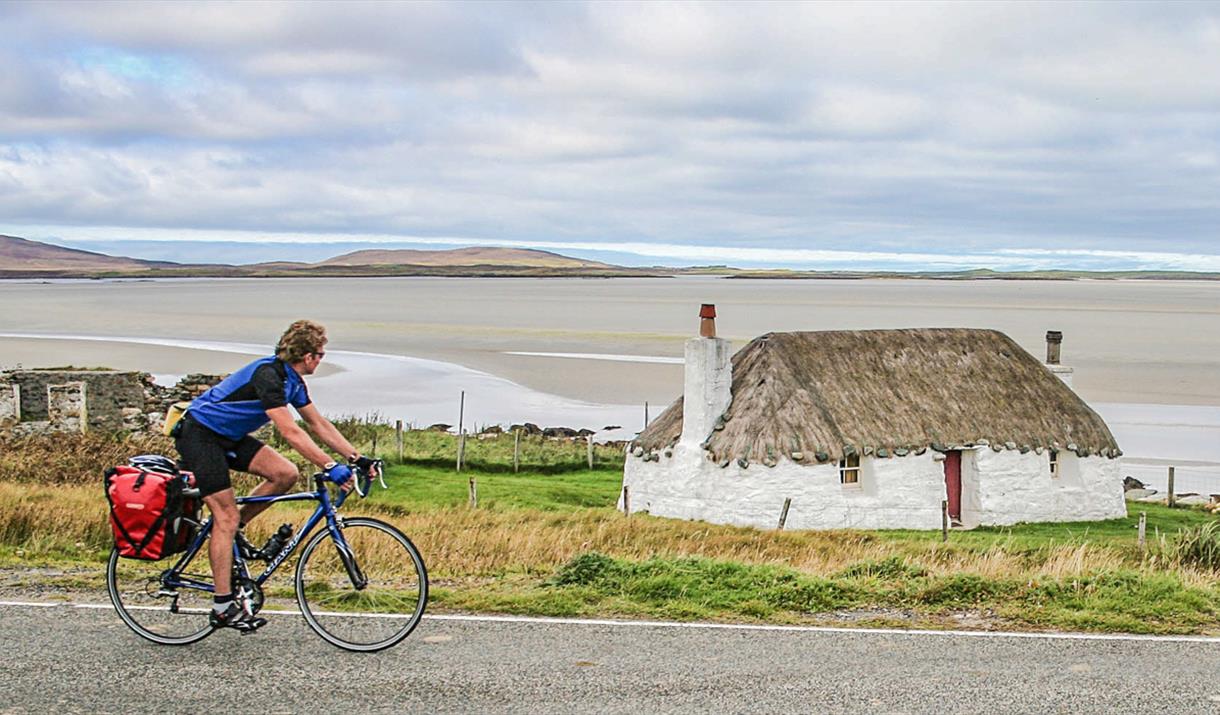 At Clachan, the route follows the road along the stunning west and north coasts of North Uist. The Route then goes northwards and over the causeway to Berneray to the ferry terminal. This part of the route is 27 miles.

After Clachan, where there is a smokehouse that sells a mouth-watering variety of local seafood, the route heads around the west side of North Uist. The Westford Inn and the Claddach Kirkibost Centre are both great places for refreshments. Further on, there are some gentle climbs and good views to the south and west. But the townships all lie at ends of side roads and the beaches and bays are hidden below the flat coastal grasslands, so it’s worth making a few detours.

The route does visit the RSPB Reserve at Balranald which is renowned for its pioneering work in re-establishing the corncrake, but you will be extremely lucky to see this secretive bird which spends most of its time hidden in vegetation. Once you get to Scolpaig Tower - a folly in a loch – you may catch a glimpse of St Kilda, 65km out in the Altantic, but don’t confuse it with Haskeir Island which is much closer inland.

The north coast of North Uist has long expanses of sand and views of the uninhabited islands of Boreray and Pabbay and beyond to the Isle of Harris.  As you enter Malacleit, there is a much photographed traditional stone cottage with overhanging thatch and supermarket around the corner at Solas.

Over the causeway to Bernerary, which is the only permanently inhabited island in the Sound of Harris with a thriving community tucked in around the bays on the east side of the island.   Rich in wildlife and history and with a three mile long sweep of white sand on the west coast, it is an easy island to love. There are a couple of hostels and B&Bs on the island and there is a small shop and bistro in the village.