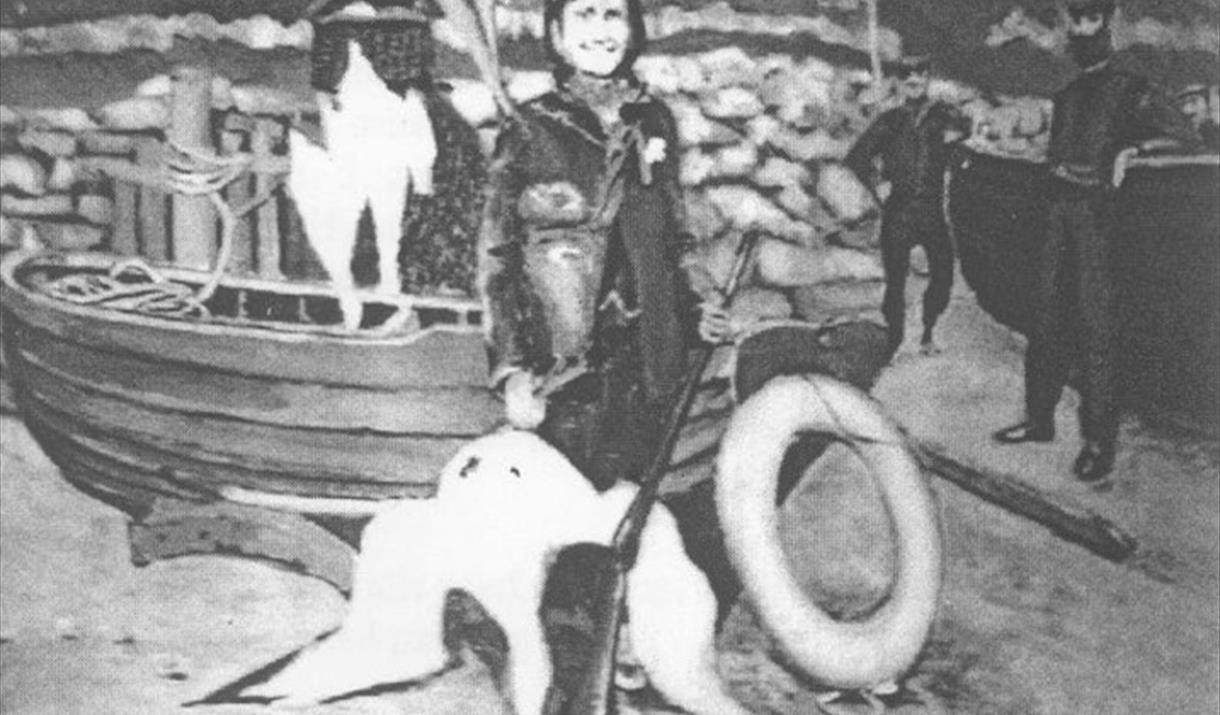 1901 - With four to feed the rationales winter ahead was of concern, but by use of a double-barrelled gun and some fishing tackle… the Schoolmaster was confident he could make a useful contribution to the table….

This in mind he had taken a stance at a favoured place near the top of Conacher when thick fog suddenly blanketed the summit. Even so he brought one down but it managed to flap over the edge to lie on a step a yard or two below. He retrieved it without difficulty, but when next at that spot was shocked to see what looked an easy slope in the mist was the start of a 1200’ drop to the ocean which in ordinary circumstances he would never dare venture. On another occasion he shot two shags near Gob Cholla and was disappointed to see them fall into the water, dived in after them. The incident became a topic of conversation since no-one on the island could swim, nor could they understand anyone taking the risk involved in these dangerous waters.

The photos, which belong to the family, were published in the St Kilda Mail Number 18 , April 1994 to accompany an article written by Lachie Campbell. By kind arrangement of Trish Botten.