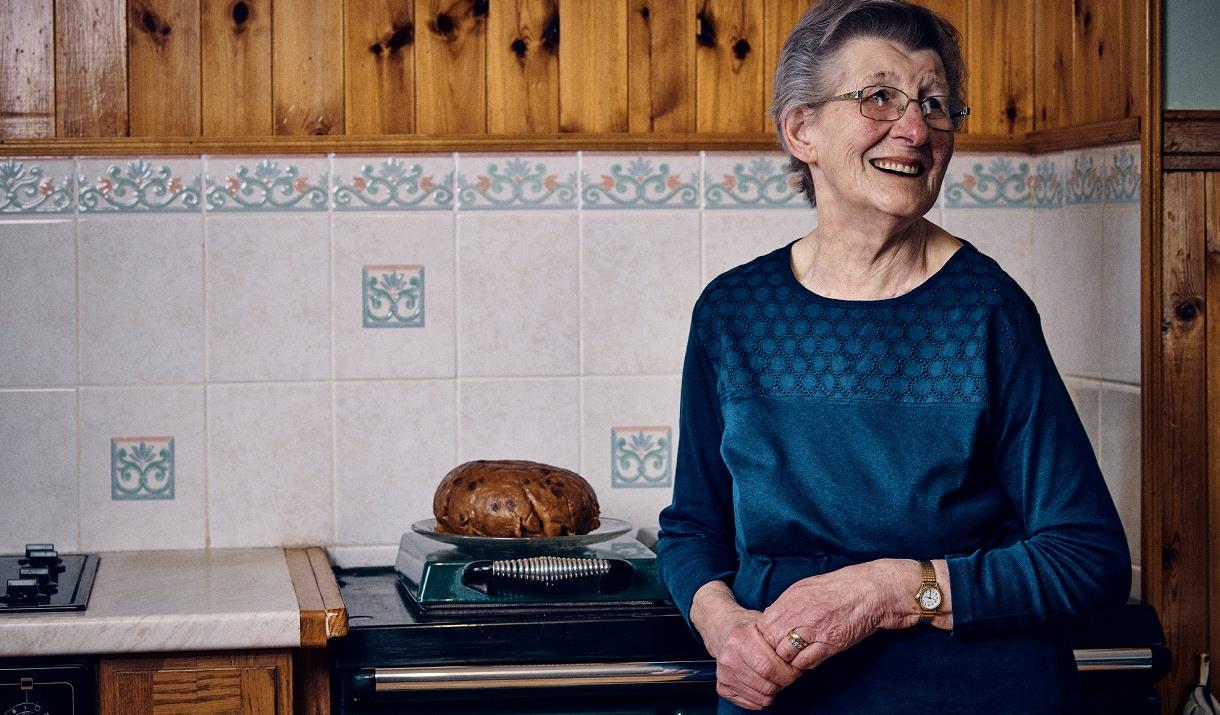 Clootie Dumpling or Duff as we say in Gaelic, is my favourite traditional recipe. And no-one makes it better than my Aunt Bellag. She adds an extra ingredient, a tablespoon of marmalade – which I love. It’s distinctive skin sets it apart from other fruit cakes. Serve this warm with custard, or the next morning fried in bacon fat as part of a Hebridean breakfast! It takes a bit more effort than a lot of my recipes, but it’s definitely worth it.

Everything goes in one bowl! Sieve your flour and add your baking soda, mixed spice, cinnamon and salt into a bowl and combine.

Add your sugar, suet, dried fruit and grated apple to the bowl and stir together.

Pour in your buttermilk, beaten egg, black treacle and marmalade. Combine together.

Place a piece of muslin cloth or a cotton dishtowel (the cloot) in boiling water, and once cool enough to touch, ring the cloth out. Place the cloth on your work surface and sprinkle liberally with flour.

Place the mixture into the centre of the cloot. Gather up the edges of the cloth and with a length of string, tie up (not too tightly), leaving some room for the dumpling to expand.

In a large pan of boiling water (enough to cover the dumpling), place a saucer upside down. Place the dumpling onto the saucer, cover with a lid and simmer for 3 hours. Don’t let the water evaporate, you may need to top it up.

Take out from the pan and carefully remove the cloot from the dumpling, trying not to take off any of the ‘skin’. In a warm kitchen, let it rest for 30 minutes before slicing.