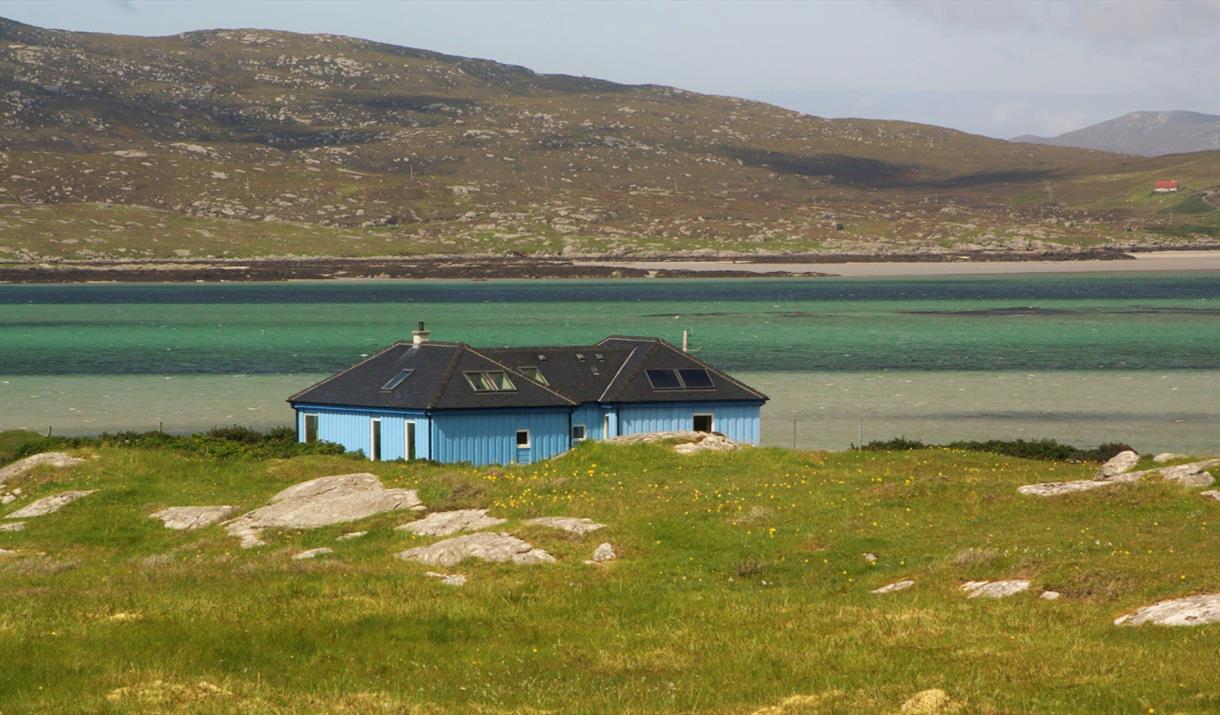 Carrick Eriskay is a unique, architect-designed, carbon-neutral croft house offering luxury accommodation for up to five (plus infants, and up to two dogs). Two double bedrooms, one single, and a shower room comprise the east wing. The west wing is open-plan with kitchen, dining and sitting areas. Between the two, there’s the entrance lobby, utility room and a further WC. Outside there’s a sheltered garden with deck, with benches and tables.

Panoramic views extend across Sound of Eriskay to the glens and mountains of South Uist, with abundant wildlife in every direction, both near and far. The house is situated along a quiet lane on the north coast of Eriskay, with shop, post-office, pub and beaches - all within walking distance. The island is easy to explore on bike, but there’s so much more to discover on foot: roaming the wild hills, beach-combing, sea-fishing, wildlife watching and photography. You’ll surely encounter the rare and semi-wild Eriskay ponies, the native black Hebridean sheep, and other livestock traditional to the crofting life.

The garden is a haven for garden birds: blackbirds and song thrushes, marsh and reed warblers, robins and wrens, and many more. On our croft and nearby you’re likely to spot anything from a stone-chat to a white-tailed eagle. An otter was once found in the garden with its young, but more commonly they’ll be spotted down by the shore, or hunting along small streams – even right up to the hill fence. Down by the shore you’re pretty much certain to spot eider ducks, greylag geese, seals close to shore or hauled up on the rocks ...

Alternatively, on a dreich day, just relax by the fire with a book ; or on the deck taking in the ever-changing sights and sounds of the sea, mountains and wildlife.

Flexible arrival days and stays from 3 nights to 3 weeks.

A warm welcome. Come in!